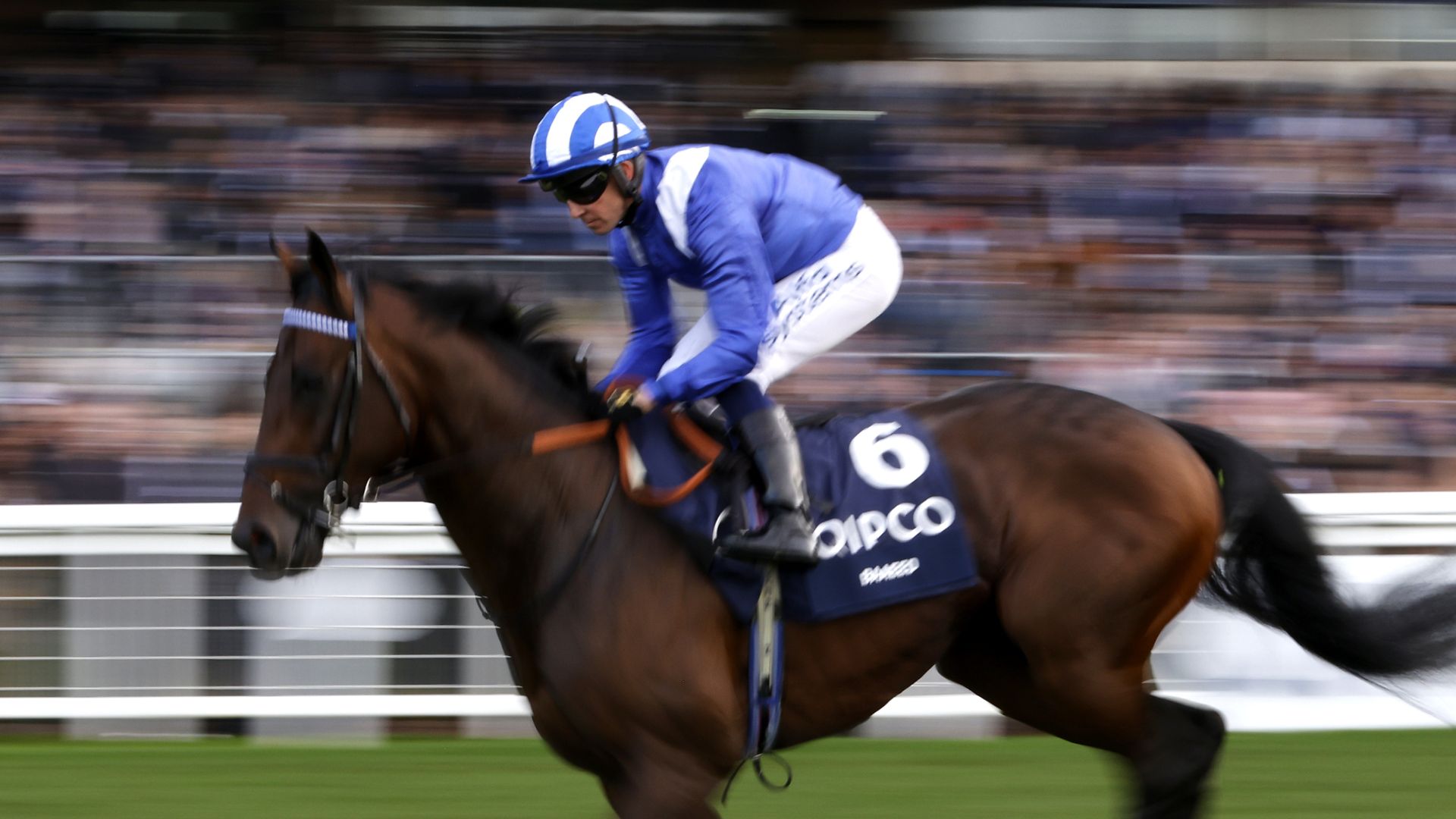 Baaeed is set to put his unbeaten record on the line in the Al Shaqab Lockinge Stakes at Newbury.

The four-year-old, trained by William Haggas, will head straight to the Group One showpiece on May 14 when he will try to build on a perfect 2021 in which he won six out of six, culminating in the Queen Elizabeth II Stakes at Ascot.

Baaeed only made his debut in June and quickly climbed the ranks to finish the season with two Group One victories, in the Prix du Moulin and the QEII.

“The plan would be to go to Newbury and then Royal Ascot and then see where we are. I think the interesting thing then is when, if ever, are we going to go up in trip with him. He’s a brother to Hukum and bred to get further, but while he’s so good at a mile there’s no need to.”

Though the ground was soft when Baaeed won the QEII, Haggas feels the Shadwell-owned colt can handle any conditions.

“There was an element of relief when he won the QEII. We hoped he was up to it and he proved that he was, but I still don’t believe he needs that ground, which was pretty soft in my book,” said the Newmarket handler.

“He’s got some good form on that ground, but if the ground at Newbury came up quick it wouldn’t bother me at all. It will be fine for him, I’m sure.

“Baaeed didn’t start racing until last June, and after just six runs we all hope there’s more to come. You can never be sure, and it’s possible he won’t be as good, but all of the signs are suggesting he might be just as good at four, if not better, so we have to hope that’s the case.”

Haggas has also entered Aldaary, who completed a Champions Day double for the stable when justifying favouritism in the Balmoral Handicap.

He said: “Aldaary has never run in a stakes race yet, but he’s a good horse on heavy ground, and a straight track suits him very well. He got that at Ascot, where he goes very well, and there’s no reason Newbury wouldn’t suit him just as well. Just occasionally it’s been very soft for the Lockinge, and if that’s the case Aldaary will be in there pitching too.”

Others among the 18 quality entries are last year’s 1000 Guineas winner Mother Earth from the Aidan O’Brien stable, Alcohol Free, winner of both the Coronation and Sussex Stakes for Andrew Balding, and the Joseph O’Brien-trained State Of Rest, who captured Australia’s signature weight-for-age contest, the Cox Plate, in 2021.

There are two entries from France, both trained by Francis Graffard who has nominated The Revenant, the 2020 Queen Elizabeth II Stakes victor who finished fourth behind Baaeed at Ascot last year, and the Group Three winner Dilawar.