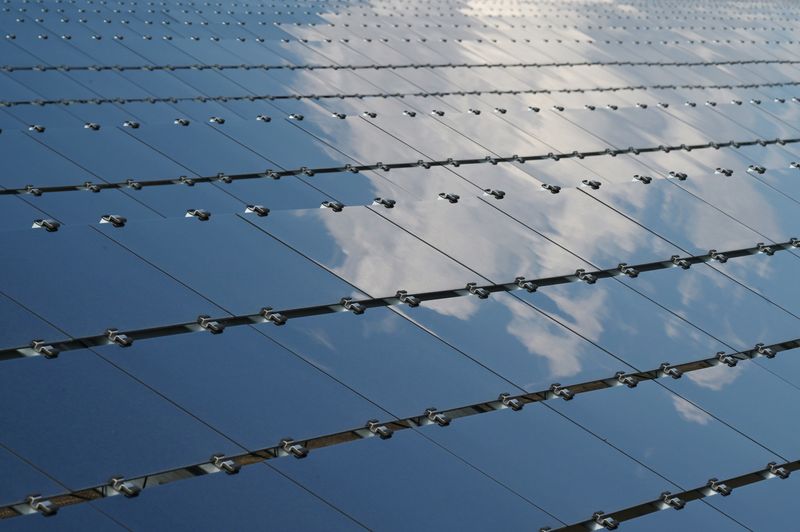 (Reuters) -U.S. trade officials on Monday said they will launch an investigation that could result in tariffs on solar panels imported from four Southeast Asian nations, a blow to clean energy project developers that rely on cheap imports to keep costs down.

The Commerce Department’s decision regarding imports from Malaysia, Thailand, Vietnam and Cambodia was a victory for Auxin Solar. The San Jose, California-based solar manufacturer this year requested the probe, arguing that Chinese manufacturers shifted production to those nations to avoid paying U.S. duties in place for nearly a decade on Chinese-made solar goods.

Auxin’s petition is the latest in a string of efforts by U.S. solar producers to stem the flow of cheap Asian panels that they argue make their products unable to compete in the market.

Solar industry trade groups said the investigation alone would immediately hamstring project development and harm U.S. progress in addressing climate change. President Joe Biden has set a goal of weaning the U.S. electricity sector off of fossil fuels by 2035, a target that could propel solar to supply up to 40% of the nation’s electricity needs – up from 3% currently.

Imports from the four countries account for about 80% of the panels expected to be installed in the United States this year, according to the American Clean Power Association industry group.

“This decision effectively freezes development in the U.S. solar industry,” association CEO Heather Zichal said on a conference call with reporters. “Frankly, the Commerce Department’s action to initiate this investigation is a disaster for our industry.”

In a memo posted on a Commerce Department website, officials said Auxin had provided information indicating that solar companies operating in the four countries are subsidiaries of large Chinese producers and that products made there would be subject to U.S. countervailing and anti-dumping duties if made in China.

“Auxin properly alleged the elements necessary for a circumvention determination,” the memo said.

The Commerce Department said it will issue a preliminary determination within 150 days.

“We are grateful Commerce officials recognized the need to investigate this pervasive backdoor dumping and how it continues to injure American solar producers,” Auxin Chief Executive Mamun Rashid said in a statement.

U.S. solar trade groups lobbied heavily against the Commerce Department taking up the petition. On Monday, they said projects will now be forced to decide whether they can move forward given the potential for new tariffs that could sharply increase their cost. Solar panels make up about half the cost of a large-scale system.