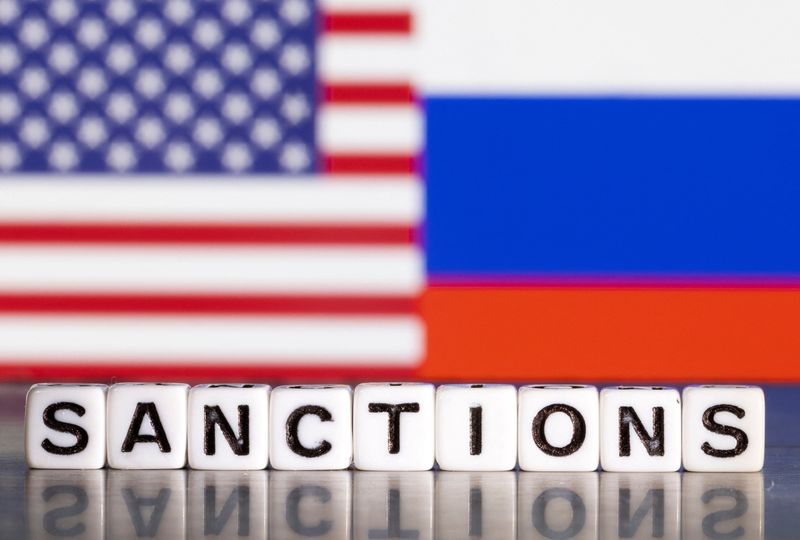 By Alexandra Alper and Nandita Bose

WASHINGTON (Reuters) -The United States targeted Russian banks and elites with a new package of sanctions on Wednesday that includes banning any American from investing in Russia, after Washington and Kyiv accused Moscow of committing war crimes in Ukraine.

Grim images emerging from the Ukrainian city of Bucha include a mass grave and bodies of people shot at close range, prompting calls for tougher action against Moscow and an international investigation.

U.S. Secretary of State Antony Blinken said the killings were part of a deliberate Russian campaign to commit atrocities. Russia, which says it launched a “special military operation” in Ukraine on Feb. 24, denies targeting civilians and said images of the deaths were a “monstrous forgery” staged by the West. Neither provided evidence to support the assertions.