Chelli, who works as a supply teacher in London, has finished his school week early as he heads to the North East for his big clash with the Manchester-based Brazilian on the Marshall-Hermans bill at Newcastle Arena.

The super-middleweight rivals could have met in the BOXXER 7 Super-Middleweight tournament in November 2020, but the tournament was reduced to a four-man format and Costa didn’t feature due to illness.

Chelli, however, put on a classy and powerful performance on the night to shut out Vladimir Georgiev on points in the semi-final, before dropping Mike McGoldrick three times on the way to a second-round stoppage in the final.

The 24-year-old’s last fight was in April last year when he travelled to Kyiv and defeated Borden Harrkavyi with a third-round stoppage.

Knockout king Costa is unbeaten eight fights with five of those won by KO and four coming inside three rounds. 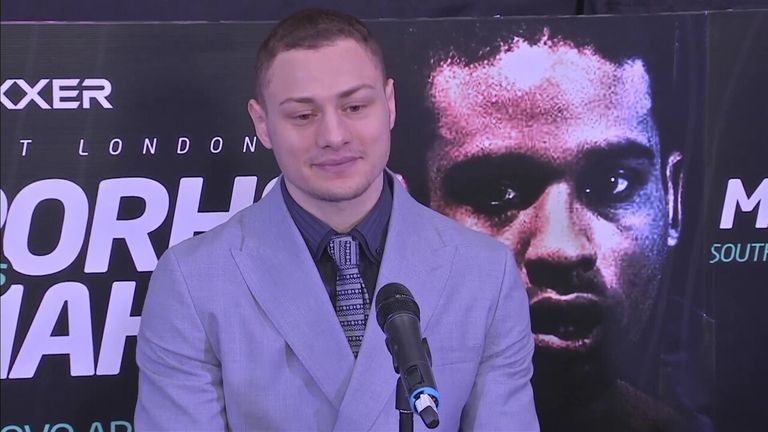 “I was gutted that we didn’t fight on BOXXER 7, but things happen for a reason and it’s a much better fight now down the line,” said Chelli.

“Costa’s unbeaten, he likes to come forward, have a fight and he can punch.

“I can’t wait for this Saturday in Newcastle and I’m going to take that ‘0’ off his record.

“The fans in Newcastle and the viewers watching on Sky Sports are going to be in for a real treat.”