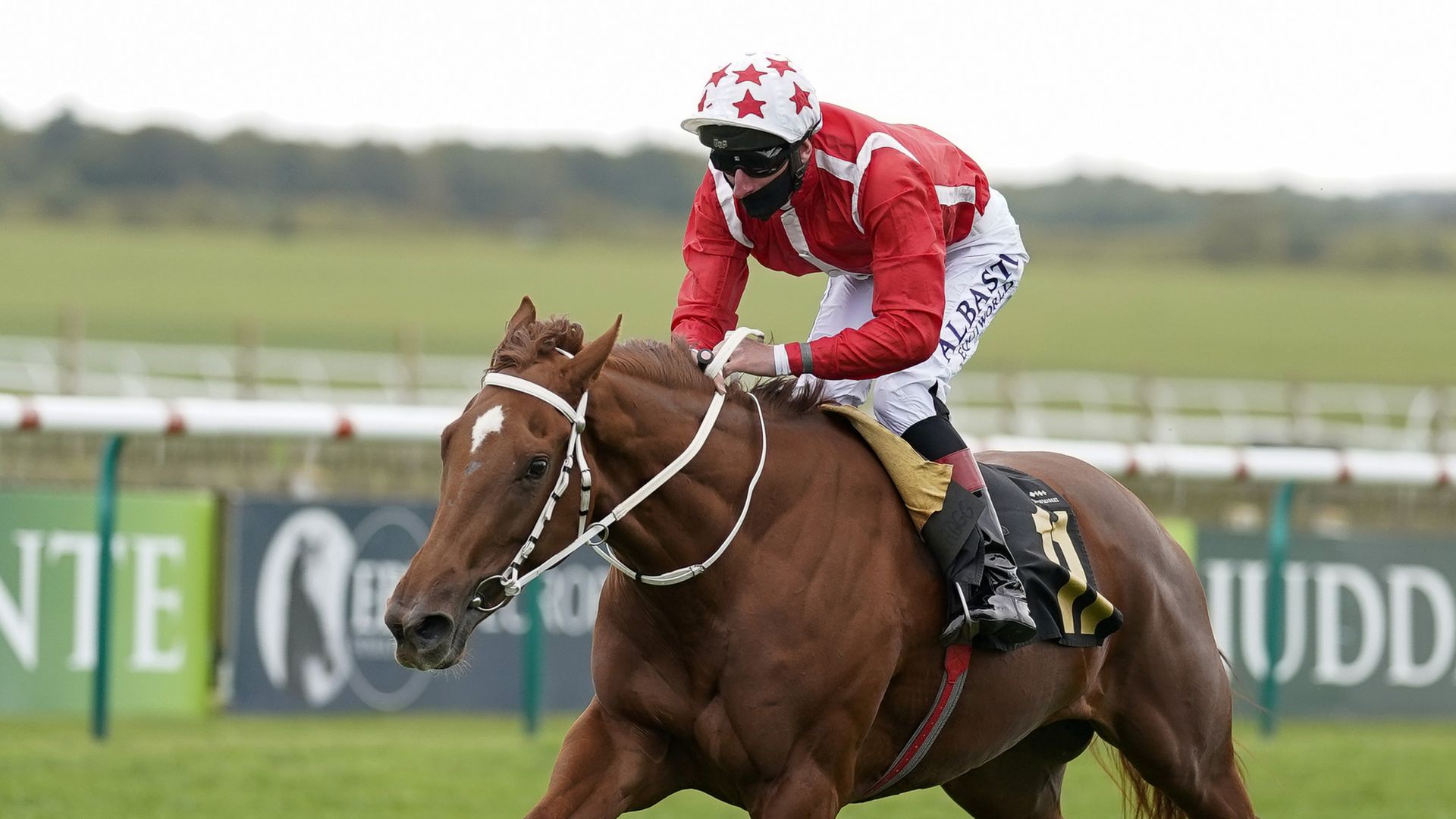 Jane Chapple-Hyam decided to bypass the Lockinge Stakes with Saffron Beach and will instead target Royal Ascot.

Runner-up in the 1,000 Guineas, she scored at the top level on her final run of last season, taking the Sun Chariot Stakes at Newmarket.

The daughter of New Bay was fourth to Lord North in the nine-furlong Dubai Turf at Meydan last month on her first trip overseas.

Her Newmarket-based handler feels a later start to the British season is preferable, with a trip to the Breeders’ Cup at Keeneland in November on the radar.

“Saffron Beach ran really well in Dubai,” said Chapple-Hyam. “We were very pleased with her first run of the year, taking on more hardened horses and more travelled, experienced horses.

“We were pleased with how she handled the whole trip and learned we can travel, which will be useful at the end of the season.

“We hope we can do a Breeders’ Cup in the long-term – the fillies and mares race over nine and a half-furlongs.”

She went on: “I am not keen on the Lockinge, as it comes too soon after her first trip abroad.

“So, we will give her the 10 weeks and aim for Royal Ascot, either the Queen Anne or the Duke of Cambridge. We will see what the competition is like in both races.”

There is an abundance of talent at Abingdon Place Stables, especially on the distaff front, and Chapple-Hyam is keen to test the water with Heat Of The Moment, who won a six-furlong fillies’ novice event on debut at Yarmouth in October.

“She will go to the Fred Darling and then the French Guineas, hopefully,” said the trainer of the Kirsten Rausing-owned three-year-old.

“She is a quiet achiever. She is not flashy on the gallops, but it is there.”

Bellosa, who won the Listed King Charles II Stakes over seven-furlongs at Newmarket last May, will begin her four-year-old campaign in next Wednesday’s Abernant Stakes.

Chapple-Hyam added: “We are going to drop her back to six furlongs and have a go at the Group Three Abernant.

“We will chuck her in there and have a go at that. She has developed into a big, strong mare. We are going to try – it is early in the year, so why not have a go?”

Claymore, a general 33-1 chance for the Qipco 2,000 Guineas after winning a seven-furlong novice by four lengths on his Newmarket debut, will head to a Classic trial.

However, his trainer is taking a watching brief before deciding whether to stay at home or go to Newbury with the bargain buy son of New Bay, who cost just £10,000 at the Tattersalls Ireland breeze-up sale in June.

“Claymore will either go to the Craven or the Greenham,” said Chapple-Hyam.

“We will just see what the weather is doing to be fair.

“He has trained well and developed into a nice colt and I’m very pleased with the way he is galloping at the moment, leading into either race.

“We turned down a couple of offers for him, but he has now been sold to (owner-breeder) Mary Slack, who has two stud farms in South Africa and she owns my stables.

“I told Mary how much I think of the horse and she was happy to buy him.”