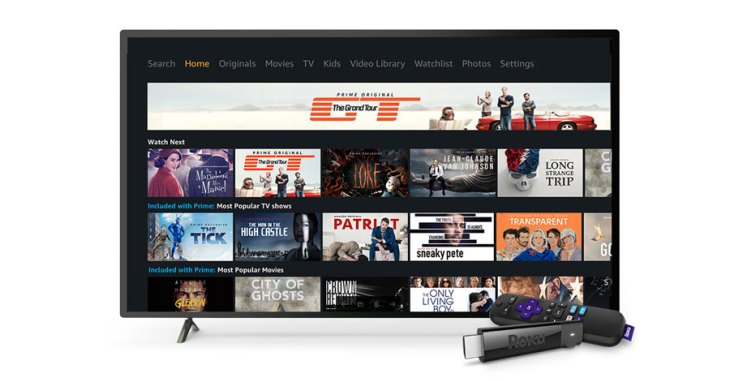 While Roku had yet another rift with a tech giant, Amazon decided to play nice. As of today, the two companies reached a multi-year extension of their distribution agreement for Amazon Prime Video and IMDb TV apps on Roku devices.

Issued in a statement, Roku confirmed by saying,

Roku and Amazon have reached a multi-year extension for their distribution agreement. Customers can continue to access the Prime Video and IMDb TV apps on their Roku devices.

The terms of the agreement were not disclosed. However, Roku users will be happy to know they can still access the free add-on channel IMDb TV, which includes titles such as Judy Justice, Bug Out, and Leverage: Redemption.

Today’s announcement gave Roku a boost in share price, increasing by $6.39 to $132.11 in mid-morning trading on the NASDAQ Exchange.

Plus, the deal comes at a great time since Prime Video has recently become the exclusive hub of the NFL’s Thursday night football games, and they are at the top of the list for being considered to grab the league’s NFL Sunday Ticket starting next year. There was also a recent announcement that the New York Yankees will now broadcast 21 games exclusively on the platform.

You could say Roku has had its round of disagreements with streaming video platforms and isn’t shy to make demands. YouTube TV was in the line of fire last year when Roku threatened to take the popular video-streaming service off Roku devices. The issue has since been resolved, luckily with no egos bruised.

In addition, the lack of an agreement with Roku put a damper on the 2020 rollout of WarnerMedia’s HBO Max, negatively impacting new subscriptions at the time. Later that year, a subsequent agreement helped boost subscriber growth, with HBO Max having almost 74 million combined subscribers at the end of 2021.

With devices in more than 100 million U.S. homes, Roku remains on top of the CTV device market. As of the fourth quarter of 2021, the company had an approximate total of 60.1 million monthly active users in the U.S. Analysts predict it will have 72 million users in 2022.

Customers with a Roku streaming device can navigate to the Amazon Prime Video app, where the subscription costs $8.99 per month. The IMDb TV app is completely free.