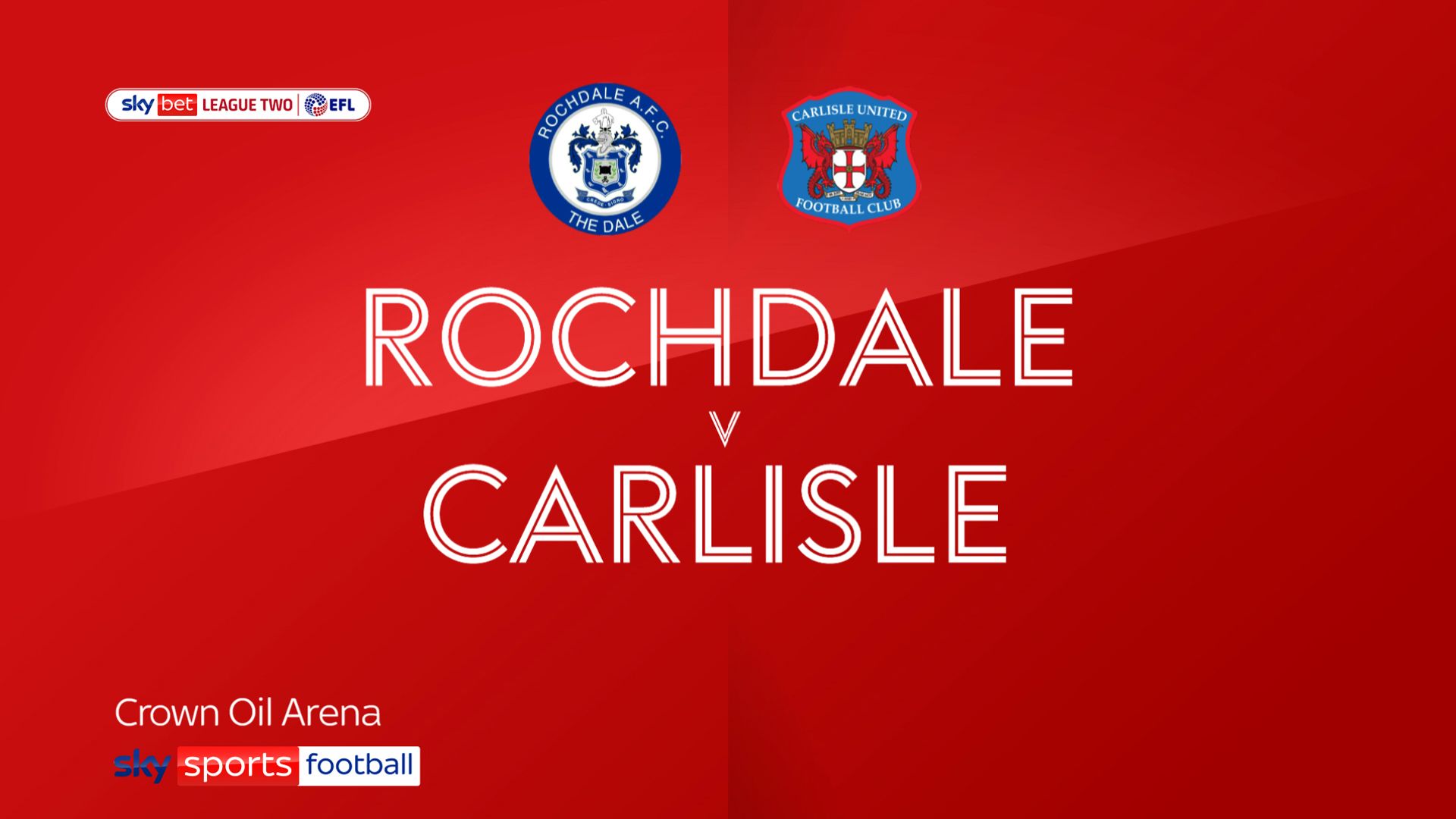 Rochdale ended a seven-game winless run with a 2-0 League Two victory against Carlisle.

Given their recent poor run of results, tension around the Crown Oil Arena was eased considerably by an early goal for the home side.

In the 10th minute, Stephen Dooley was fouled by Corey Whelan. Liam Kelly stepped forward and slammed a low penalty into the left-hand corner of Mark Howard’s goal, his effort finding the net despite the goalkeeper diving the right way.

The visitors had a great chance to level when Brennan Dickenson had time and space in the area to pick his spot midway through the half only to fire wide.

When Carlisle did manage to find the net, via Kristian Dennis’ header in the 58th minute, the effort was ruled out for a foul on goalkeeper Jay Lynch.

The home side gave themselves breathing space with a second goal in the 80th minute.

Corey O’Keeffe slipped a neat pass into the run of Conor Grant. He advanced into the area and blasted a shot through Howard’s arms and into the roof of the net.