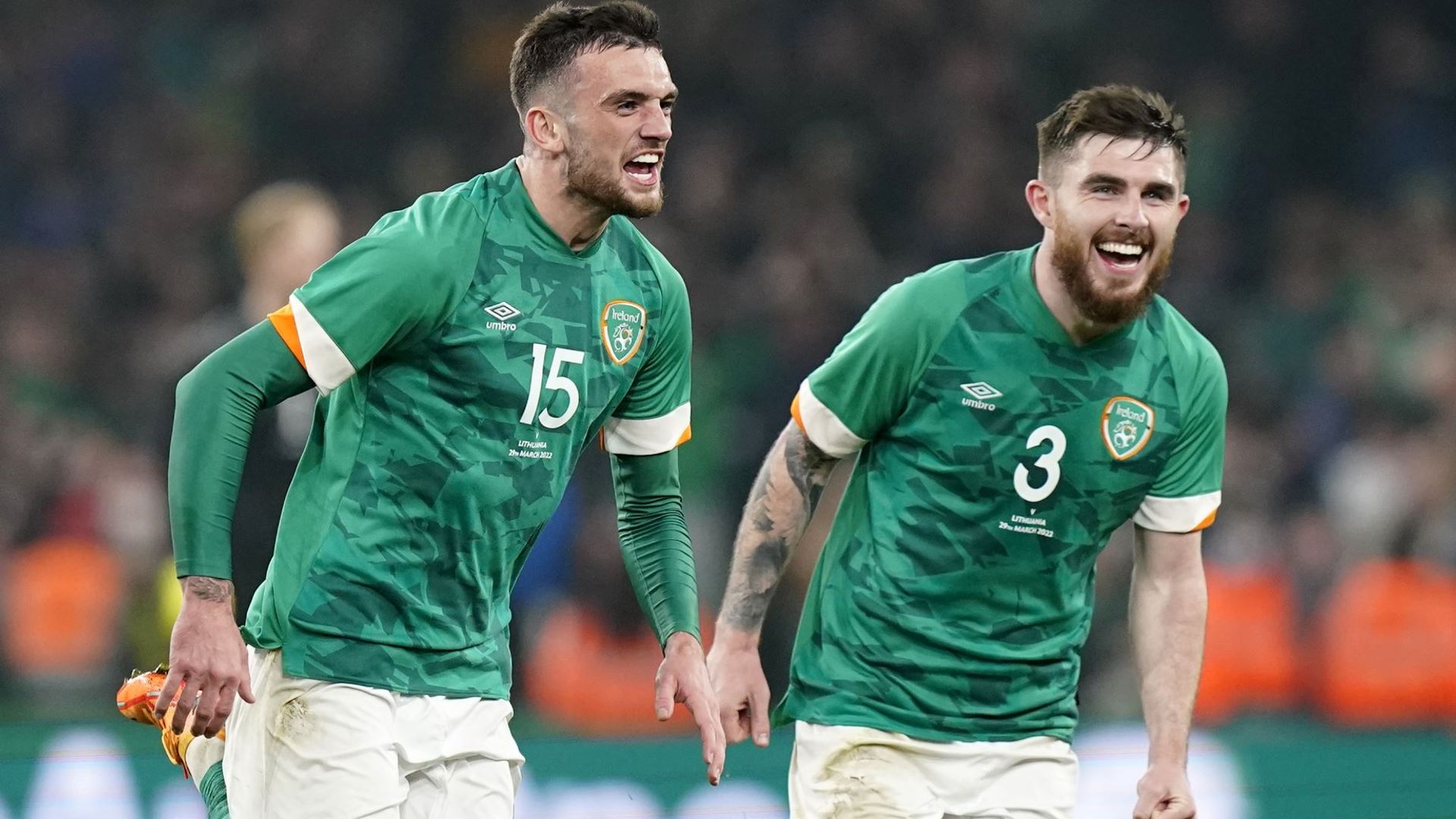 Substitute Troy Parrott spared the Republic of Ireland’s blushes with a stoppage-time winner in a narrow 1-0 victory against lowly Lithuania on a night when they had four goals disallowed for offside.

The Tottenham striker, currently on loan at MK Dons, produced his third senior international strike in the nick of time after Chiedozie Ogbene twice, Conor Hourihane and Scott Hogan had seen efforts chalked off.

Three days after twice fighting back to hold world number one side Belgium 2-2 at the Aviva Stadium, an Ireland team featuring six changes laboured to edge victory over the Lithuanians, who are ranked 137 by FIFA.

Few, including manager Stephen Kenny, were allowing themselves to be carried away by a creditable performance against the Belgians, but his men made hard work of it.

There was a first start for striker Will Keane – the twin brother of England defender Michael – and a return for defender Dara O’Shea, back for the first time since breaking an ankle against Portugal in September, but a game which
extended Ireland’s unbeaten run to eight games otherwise had little to recommend it.

After a low-key start, wing-back Ryan Manning raised the temperature when he thumped a left-footed volley just wide after Hourihane’s corner had been cleared to the edge of the penalty area, and Ireland thought they had taken the lead
seconds later when Ogbene converted Manning’s driven cross, although he did so from an offside position.

Lithuania goalkeeper Dziugas Bartkus had to field Ogbene’s deflected shot and Callum Robinson blazed an attempt high and wide as the home side found their feet.

Manning curled a 16th-minute effort from distance wide after Hourihane had pulled a wide free-kick square to him and Robinson cleared the target comfortably once again after he let fly from 25 yards four minutes later.

But as their frustration mounted, Ireland became increasingly untidy in possession and allowed a series of promising positions – including seven corners – to slip from their grasp with Keane looping a 36th-minute header from a Hourihane cross over the crossbar as the first half edged towards a tepid conclusion.

Things could have got significantly worse for Kenny’s men within seconds of the re-start when Alan Browne’s misplaced pass fell for Fedor Cernych, but his deflected effort was collected comfortably by goalkeeper Caoimhin Kelleher.

Browne might have made amends swiftly had he been able to connect with Matt Doherty’s 50th-minute cross to repeat his goalscoring heroics against Belgium, but defender Benas Satkus climbed above him to clear.

Ireland had the ball in the net once again with 54 minutes played when Hourihane dispatched Doherty’s cross, but once again the strike was chalked off with both Robinson and Keane having strayed beyond the last defender and adjudged to have been impeding Bartkus’ view.

The keeper saved from Doherty and Ogbene fired the ball over from the rebound as the home side turned the screw, but Justas Lasickas and Edgaras Utkus had shots blocked in quick succession as the Lithuanians sensed an opportunity.

Ogbene beat Bartkus for a second time after Parrott and James McClean had combined to set him up, but the assistant referee once again spoiled his evening and fellow substitute Hogan had an effort disallowed for the same reason five
minutes into stoppage time.

However, Parrott won it with virtually the last kick of the game two minutes later with a searing drive from 20 yards to ruin Lithuania’s evening.

● The Republic of Ireland are unbeaten in eight games in all competitions (W4 D4), since a 1-2 World Cup Qualifying defeat to Portugal in September. Prior to those eight games, the Irish had lost six out of 10 (W1 D3).

● Lithuania failed to direct a single shot on target in the game and have never scored in any of their three away clashes with the Irish.

● The Republic of Ireland have kept five clean sheets in their last six games in all competitions, after managing just two shut-outs in their previous 12.

● Courtesy of MK Dons striker Troy Parrott’s late winner, 12 of Republic of Ireland’s 15 goals scored in the 2021-22 season have now come from players plying their trade in the English Football League (exc. own-goals), with the other three goals being scored by Premier League defender Shane Duffy.

● Republic of Ireland have scored 13 goals in their last six matches (2.2 per game), having scored just 11 goals in their first 16 games under Stephen Kenny (0.7 per game).

● The Republic of Ireland registered a possession figure of 79% in the game, the most they have registered in a game since June 2012 (when Opta have this data).

● Matt Doherty became the first player to rack up 20 appearances for Ireland under Stephen Kenny and the first to hit that tally while playing for Spurs since Robbie Keane in 2005.