Celtic have moved six points clear in the Scottish Premiership title race after goals from Tom Rogic and Cameron Carter-Vickers saw them come from behind to beat Rangers at Ibrox.

Rangers were quick off the mark and just after captain James Tavernier curled a free-kick past the far post, Aaron Ramsey gave them the lead.

Kent almost added to the scoreline soon after but his close-range effort went just past the post.

But Celtic were not fazed and Tom Rogic levelled on their first real attack in the seventh minute.

The Australian, just back from injury, swept the ball home from the rebound after a move that started with a driving run from Callum McGregor down the right.

The equaliser calmed proceedings after a frantic start but it was Rangers who were looking the more threatening, without any real end product.

At the other end, Connor Goldson was there to head the ball over the bar as Jota flashed in a dangerous cross.

Rogic then went in search of a second goal just before the half-hour, but his effort went sailing high over the bar.

The midfielder came close again when he nipped in to steal a loose ball after ‘keeper Allan McGregor pushed Daizen Maeda’s effort clear, but the Rangers defence was there to clear. 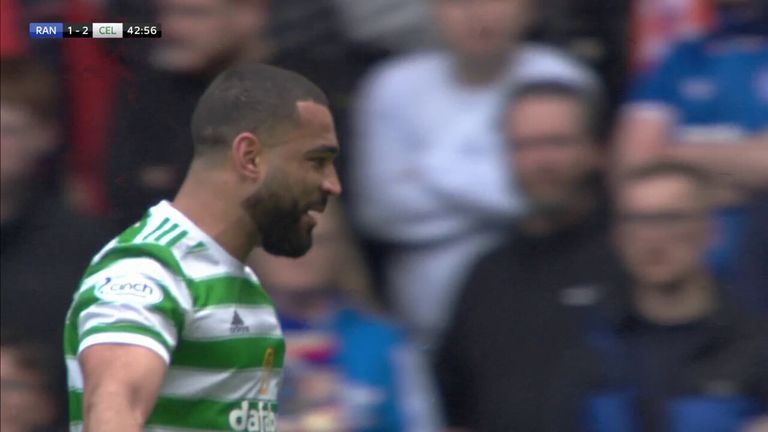 Celtic did take the lead before the break largely from a mistake by John Lundstram. The Rangers man failed to clear the danger from the free-kick and Cameron Carter-Vickers showed great composure to take the ball down and fire home.

There was a delay to the restart as the match officials examined a broken bottle thrown into the Celtic penalty area before ground staff were called to clear the shards of glass. 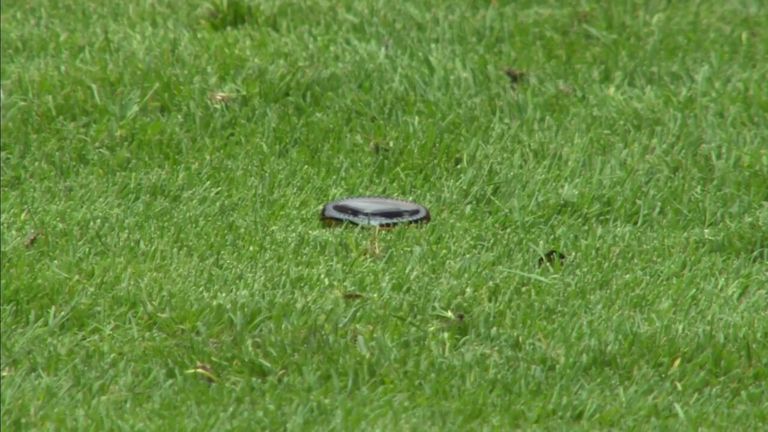 The frustration of the home support continued to grow and objects were then thrown towards Jota as he prepared to take a corner as Celtic continued to look in control.

Celtic striker Giorgos Giakoumakis picked up a booking for a reckless challenge on Ryan Jack with Cameron Carter-Vickers shown a yellow soon after for a tackle on Kemar Roofe.

John Lundstram then took aim from 20 yards as he tried to level for Rangers, but it was well saved by Hart in the Celtic goal.

A brilliant reaction save from Hart then denied Fashion Sakala after the substitute cut inside and challenged the ‘keeper.

Liel Abada almost put the game out of reach for Celtic in the final 10 minutes but McGregor produced a fingertip save to push his strike just over the crossbar.

Rangers tried to pile on some pressure in the closing stages with Joe Aribo and Kemar Roofe coming close, but they could not find the equaliser to maintain their unbeaten home record and keep up the pace on leaders Celtic.

Celtic are at home to St Johnstone on 9 April in the final round of Scottish Premiership fixtures before the split. Rangers are away to St Mirren on 10 April, live on Sky Sports Football.