The Old Firm divides a lot north of the border: families, friendship groups, the city of Glasgow – and Premier League managers are no exceptions.

Ahead of Sunday’s crunch clash between Rangers and Celtic at Ibrox, live on Sky Sports, Leicester City manager Brendan Rodgers and Arsenal boss Mikel Arteta – both of whom are well-versed in the Glasgow derby – have fought their respective allegiance’s corner.

Boyhood Celtic fan Rodgers won seven major trophies in two-and-a-half seasons as Bhoys boss – including the ‘double treble’ – before swapping Glasgow for Leicester at the start of 2019 in a controversial switch.

Meanwhile, Gunners manager Arteta spent the early part of his playing days at Ibrox, lifting the Scottish Premier League title and the League Cup trophy in the 2002/03 season, before bringing a two-year spell in Scotland to an end by moving to Real Sociedad in 2004, though he ended his only season back in Spain at Everton.

So, with just three points separating the two sides going into the third Old Firm clash of the season, what can both Rodgers and Arteta advise their respective former sides ahead of the derby?

Rodgers: Ange done a great job – but raise the away allocations

The green and white side of the Glasgow divide have undergone a great deal of change over the past 12 months. Out went Neil Lennon – who was brought into replace Rodgers – and the relatively unknown figure of Ange Postecoglou was brought in.

Over a dozen players both left and arrived at Parkhead, but the Australian has steered the ship with an excellent style of football, which has put them three points clear at the top of the Scottish Premiership.

Rodgers has joined many Celtic fans in revealing his delight at how well Postecoglou and his coaching staff have done at his former club. 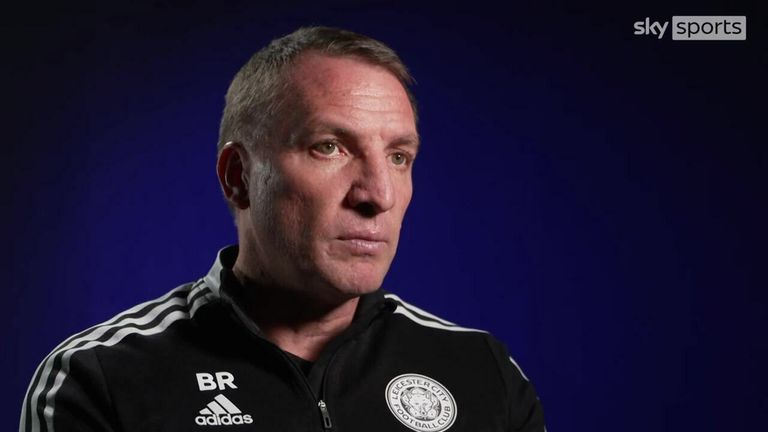 “Celtic have been brilliant,” he told Sky Sports. “For me, Ange has done a fantastic job there. A lot of new players have come in along with the guys from my time there: Callum McGregor, James Forrest, Nir Biton.

“They’ve played some terrific football, they’ve got themselves into a great position and whatever happens at the end of Sunday, they’ll still be top and in a really good position.

“But Ibrox is a great place to go and play with the atmosphere. To win there with Celtic is obviously special there, as a player or a manager, and they’ll go on and play with no fear and will go on to win the game.”

Meanwhile, Rodgers wants to see more visiting supporters in Old Firm games, with just 700 Celtic fans expected to take to Ibrox on Sunday. The normal away allocation used to involve 10 times as many supporters, but Rangers’ call to slash the number of visiting Celtic fans led to a downward spiral in this category of supporter.

“I just hope that, going forward, the two teams can get the allocation back because that’s what truly makes it: the spectacle around the world. They’re still great games – I watched the last game which Celtic won 3-0 and they played fantastically well at Celtic Park and the atmosphere was amazing.

“But I think that extra bit comes when you have that 7,000, 8,000 supporters that travel as well because that really brings the atmosphere up a little bit more as well. Hopefully they can get back to those numbers again, but in the meantime – home or away – they’re incredible games to be involved in and if you can win, they’re extra special.”

Arsenal manager Arteta has to jog his memory a little more to remember the Old Firm derby, with his last clash coming in 2004, but those recollections stick out in the former Rangers midfielder’s mind.

The Spaniard scored in his first Old Firm derby in a 3-3 draw at Celtic Park in 2002, netting from distance only for Henrik Larsson to cancel his effort out, but those moments are rarely repeated in other areas of the game.

“It’s one of the best memories I have as a football player,” Arteta said. “It’s unique, incredible, fascinating, electric. It’s a privilege to be on that pitch feeling that atmosphere.” 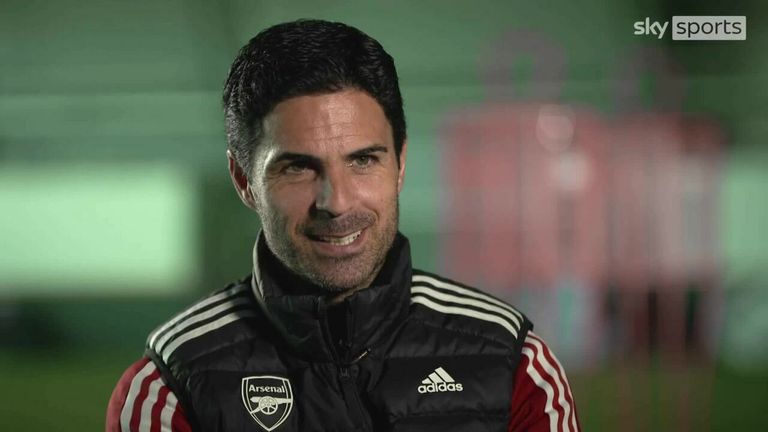 Arteta also downed Celtic in a different way a year after moving to Ibrox. The Scottish top-flight title race went down to the final day and the Spaniard stepped up to score an injury-time penalty to secure a 6-1 win over Dunfermline, which won Rangers the title at Celtic’s expense via goal difference.

“It was a really special moment,” he recalls. “I was probably a bit naïve to take on that responsibility in the last minute, but it was one of the biggest moments in my career and a really special one for the club as well.”

Current Rangers manager Giovanni van Bronckhorst lost his first Old Firm derby 3-0 to Celtic earlier in the season, so will be looking to gain revenge on the Bhoys to haul the Ibrox club back into a momentous position in the title race.

“He knows what he’s expecting,” Arteta said when asked about Van Bronchorst. “Winning that derby means everything for the fans for the city. You need to embrace it again. If you win it, it’s a great day.”

Arteta will have an Old Firm rivalry of his own with Arsenal left-back Kieran Tierney, a boyhood Celtic fan who broke into the club’s first-team from the academy before moving to north London three years ago.

When asked if there will be some tense banter in the Arsenal dressing room on Sunday lunchtime, Arteta jokingly replied: “There will be, especially if Rangers win.”