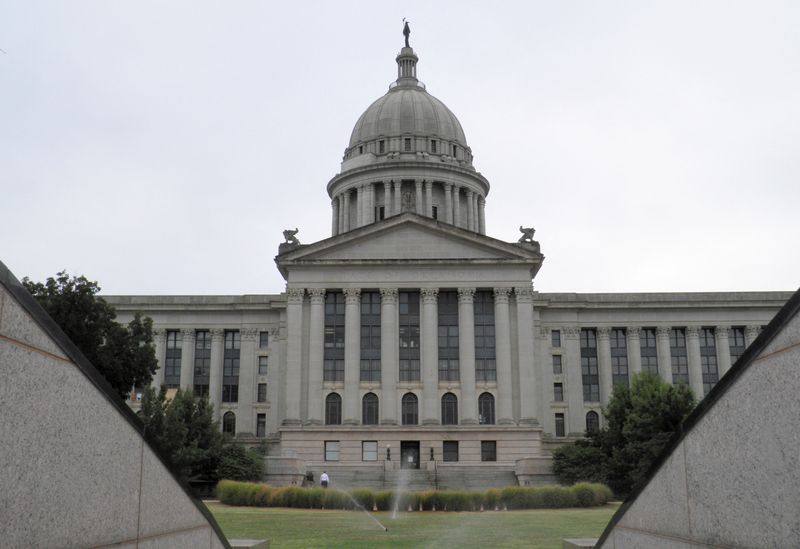 (Reuters) -The Republican governors of Oklahoma and Arizona on Wednesday signed bills banning transgender athletes from girls’ school sports, joining a growing list of states that have passed or enacted similar laws on a contentious election-year issue.

“This legislation is common-sense and narrowly-targeted to address these two specific issues ⁠- while ensuring that transgender individuals continue to receive the same dignity, respect and kindness as every individual in our society,” Ducey said in a statement.

The American Civil Liberties Union signaled it would challenge the ban on gender reassignment surgery in court, saying on Twitter (NYSE:) that “the government can’t violate our rights without a fight.”

Transgender rights have been pushed to the forefront of the culture wars playing out across the United States in recent years, together with issues such as reproductive rights. Ducey on Wednesday also signed a bill banning abortions after 15 weeks of pregnancy.

Supporters of the sports bans argue they are needed to ensure transgender athletes do not have an unfair advantage, while opponents call the measures discriminatory.

Oklahoma’s Save Women’s Sports Act http://webserver1.lsb.state.ok.us/cf_pdf/2021-22%20ENR/SB/SB2%20ENR.PDF applies to public schools in the state through college.

Oklahoma and Arizona are now among 14 states that have enacted legislation prohibiting transgender girls from participating and competing in girls’ sports in school.

Opponents of the bans have characterized the laws as backed by conservative special interests to drum up support ahead of November’s midterm congressional elections, when Republicans seek to win back a majority in the Senate and the House of Representatives.

The U.S. Centers for Disease Control and Prevention estimated https://www.cdc.gov/mmwr/volumes/68/wr/mm6803a3.htm in 2019 that 1.8% of high school students in the country are transgender. The advocacy group Human Rights Campaign has said that according to surveys https://assets2.hrc.org/files/assets/resources/PlayToWin-FINAL.pdf, only about 12% of them play on girls’ sports teams.

The Human Rights Campaign said it is tracking more than 300 bills targeting the LGBTQ+ community that are currently moving through state legislatures, many specifically aimed at transgender youth.

Gender reassignment surgery for people under 18 is extremely rare and would take place only after years of treatment in cases where the patient’s wishes are unwavering, according to experts in transgender medicine.