Nikola Jokic has crossed a statistical threshold not even Wilt Chamberlain has touched.

With a fourth-quarter basket over a double-team in Friday’s win over Memphis, Jokic became the first player in NBA history to accumulate at least 2,000 points, 1,000 rebounds and 500 assists in a single season.

The crowd recognised the achievement with a standing ovation chants of “MVP” for the league’s reigning Most Valuable Player – as did our NBA writer Stuart Hodge earlier in the week – who accomplished the statistical feat despite taking a blow to the head earlier in the game that drew blood and saw him don a headband.

Chamberlain came up short by eight points of that specific combination in the 1967-68 season, the year he led the league in assists. He won the league’s Most Valuable Player award that season, an honour Jokic is jostling to earn for the second straight year despite impressive campaigns from Milwaukee’s Giannis Antetokounmpo and Philadelphia’s Joel Embiid.

“I mean, it’s cool,” Jokic said afterwards. “I like it. Hopefully I can do it a couple of more times.”

Despite long-term injuries to supporting team-mates Jamal Murray (ACL) and Michael Porter Jr (back), Jokic has lifted Denver to a guaranteed playoff spot for a fourth straight season. The Nuggets have won at least one postseason round in each the previous three years. 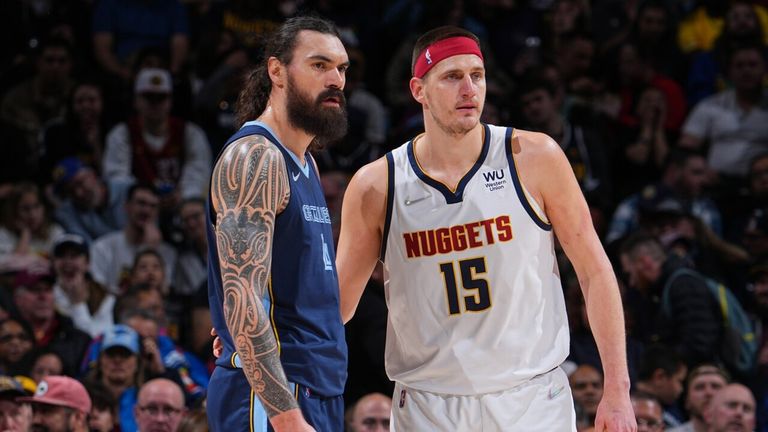 “The MVP isn’t even a competition,” Nuggets coach Michael Malone said after the game. “There’s other great players. I’m not saying they’re not great players. But what Nikola Jokic has done this year – with this team – everything we’ve had to go through, is just incredible. He was good last year and he’s even better this year.”