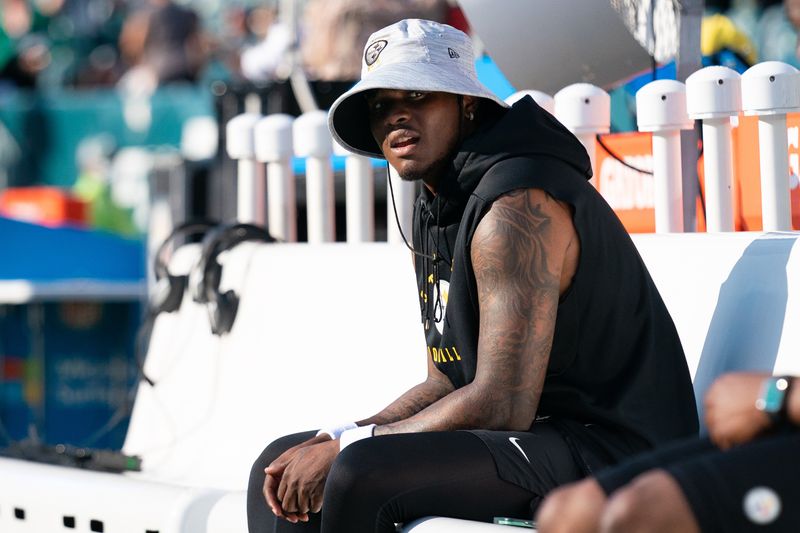 (Reuters) – Pittsburgh Steelers quarterback Dwayne Haskins died on Saturday at the age of 24 after being hit by a vehicle, according to a report on the NFL website on Saturday.

Haskins, a former first round draft pick who was expected to compete with two others for the Steelers’ starting quarterback role after the January retirement of Ben Roethlisberger, was reportedly in South Florida training with team mates.

“I am devastated and at a loss for words with the unfortunate passing of Dwayne Haskins,” Steelers head coach Mike Tomlin said in a statement on the team’s website.

“He quickly became part of our Steelers family upon his arrival in Pittsburgh and was one of our hardest workers, both on the field and in our community.

“Dwayne was a great team mate, but even more so a tremendous friend to so many. I am truly heartbroken.”

Haskins was selected 15th overall by Washington in the 2019 NFL Draft but was eventually demoted to third-string and released by the team after two seasons.

“Dwayne was a talented young man who had a long life ahead of him,” Washington head coach Ron Rivera said in a statement.

“This is a very sad time and I am honestly at a loss for words. I know I speak for the rest of our team in saying he will be sorely missed.”

Haskins joined the Steelers in 2021 but did not see any game action. He was third on the team’s quarterback depth chart behind Mitchell Trubisky and Mason Rudolph.