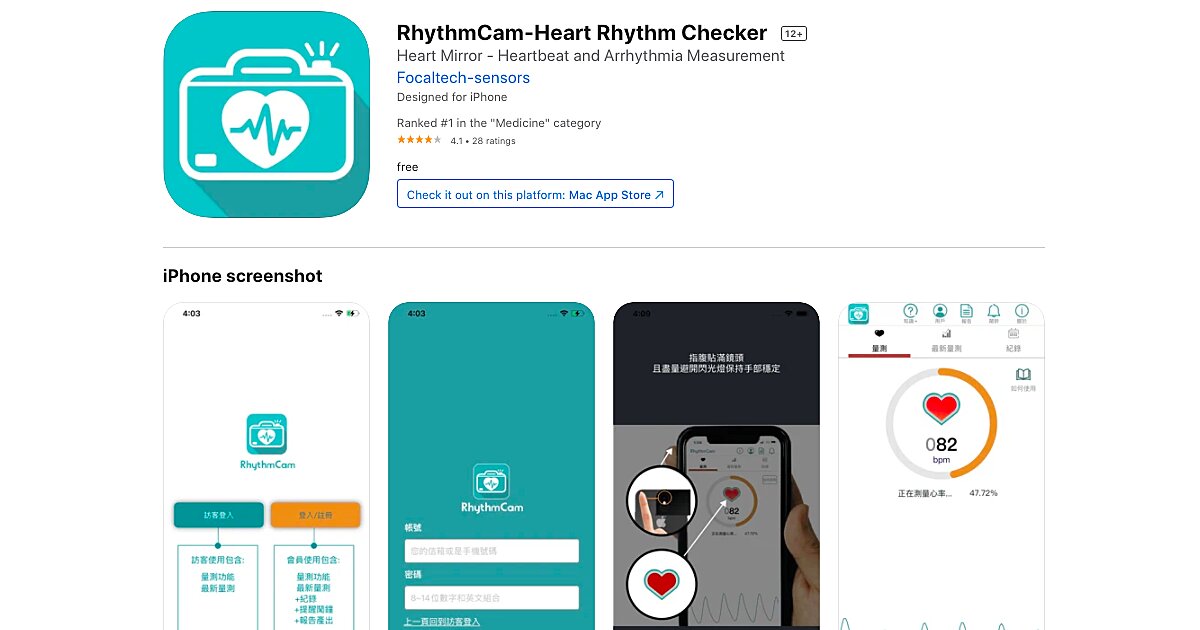 Available for free on iOS and Android devices, the mobile app allows users to monitor their own heart rates by placing a finger over their smartphone camera.

The app has shown a 95% accuracy, largely attributed to its PPG-based technology that shows a user’s changing blood volume.

RhythmCam is the first locally developed app of its kind to be approved by the Ministry of Health and Welfare, according to Wu Pei-Tzu, chairman of FocalTech Smart Sensors.

The NTUH said it has co-developed the app to better identify people who has atrial fibrillation, the most common type of irregular heart rhythm among adults that can lead to stroke. The condition is often underdiagnosed and thus poses a significant burden economically. A-fib can also lead to increased risks of heart failure and hospitalisation and reductions in quality of life and exercise capacity.

In neighbouring country South Korea, Sky Labs is the developer of an AI-based heart monitoring platform that enables users of self-monitoring a-fib. The CART-I device also has a PPG sensor that screens a user’s bloodstream via finger to measure irregular pulse waves. Data is then transmitted over a cloud platform where AI tech detects and analyses a-fib. The company in June reported that it secured $20 million in a Series B funding round which will be used to develop more monitoring devices for chronic diseases.

Alongside the release of Apple’s ECG app for Series 4, 5 and 6 of the Apple Watch, the tech giant also launched in Australia last year an irregular rhythm notification feature that detects a-fib on the Apple Watch Series 3 and later versions. The Apple Watch uses an optical heart sensor to regularly check a user’s heart rate and alerts them if an irregular rhythm is spotted after five checks over an hour. The ECG app has 99.3% specificity in classifying sinus rhythm and 98.5% sensitivity in classifying a-fib.