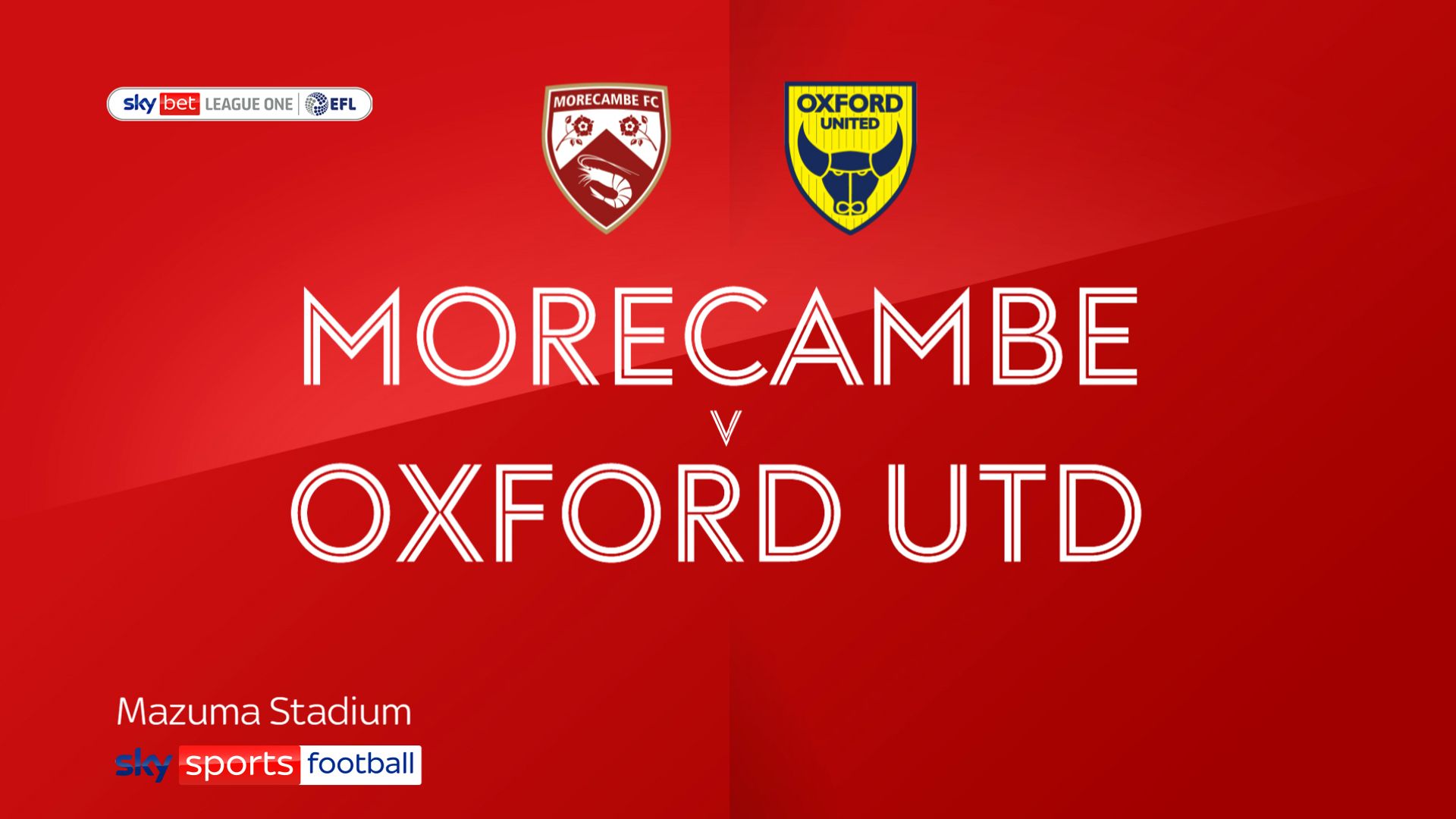 Morecambe moved out of the League One relegation zone after picking up a second successive home win following a 2-1 victory over play-off chasing Oxford.

The Shrimps went down to an early goal from Matty Taylor but hit back with strikes from Aaron Wildig and Cole Stockton before goalkeeper Trevor Carson proved to be the home side’s hero with a string of brilliant second-half saves.

Oxford had a perfect start when Taylor produced an excellent finish from Mark Sykes’ cross.

But Morecambe hit back in the 14th minute when skipper Wildig produced a fine finish after the U’s had failed to clear an Adam Phillips free-kick.

The second goal came after 24 minutes as Stockton provided the finishing touch from Phillips’ lay-off from 12 yards after Herbie Kane had been dispossessed.

Karl Robinson’s side dominated the second half but Carson saved brilliantly with his legs from Nathan Holland and then tipped away a snapshot with his left hand from substitute Sam Winnall in stoppage time to leave Oxford three points off the top six.