Steve Clarke intends to utilise his Scotland squad in Tuesday’s friendly against Austria.

The Scots drew 1-1 with Poland in a friendly at Hampden last Thursday and although his squad came through that match unscathed, Clarke – who generally maintains a consistency of selection where possible – plans to mix things up to give other players game time in Vienna.

That could mean debuts for new squad additions Craig Halkett and Ross Stewart.

“Yeah, I think looking at the bigger picture and in terms of fairness to the squad more than anything, taking out the club issues, this is the game that I will probably rotate a little bit more than I would do for the second game of an international break,” said Clarke.

Asked if he had to consider resting some players given several of them have big games coming up at club level, Clarke said: “It is not too bad because the game is a Tuesday night for us.

“They can recover Wednesday, recover Thursday and be ready to go on Friday. Everyone will be fit and well for the weekend, injuries permitting of course.”

Captain Andy Robertson returns to the fold after missing the Poland game through illness, while striker Lyndon Dykes is deemed fit to return after a hamstring injury which QPR manager Mark Warburton said last week would prevent him playing any part in Scotland’s double-header. 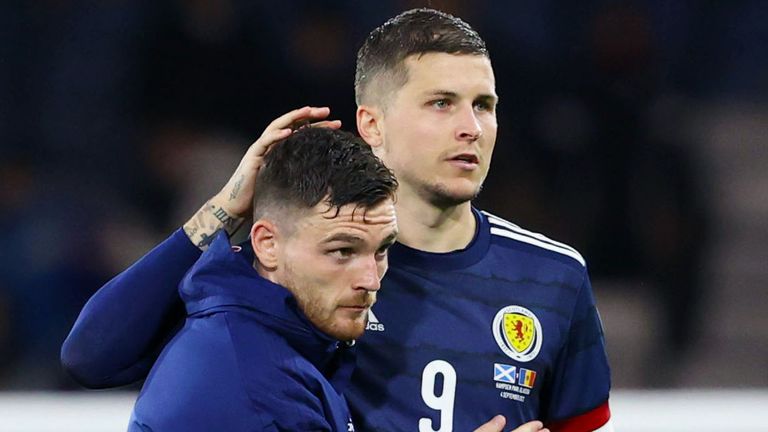 Scotland manager Steve Clarke says both captain Andy Robertson and striker Lyndon Dykes are fit to play in Tuesday night’s friendly against Austria, which comes after their boss Franco Foda tendered his resignation

Asked if he had spoken with QPR, Clarke said: “Not since pre-camp. We obviously discussed the issue before the camp and then we were guided by QPR.

“They allowed him to come up and join us to watch the Poland game. He has done a couple of training sessions since and he is good to go.”

Austria go into Tuesday’s friendly under a cloud after their World Cup bid was ended by Wales in last Thursday’s play-off semi-final in Cardiff.

Manager Franco Foda announced at his pre-match press conference on Monday he would be stepping down after the Scotland game following more than four years in charge of the national team. 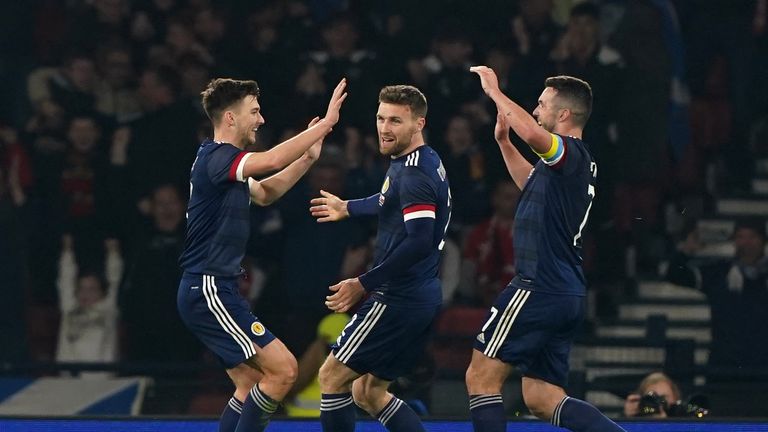 Reflecting on his counterpart’s impending departure, Clarke said: “It’s always disappointing when you hear a manager has lost his job.

“Franco has done a good job for his national team, they got to Euro 2020 and pushed Italy all the way in the knockout phase. He can be proud of the work that he has done.”

Scotland helped add to Foda’s problems when they pulled off a 1-0 victory in a World Cup qualifier in Vienna back in September. 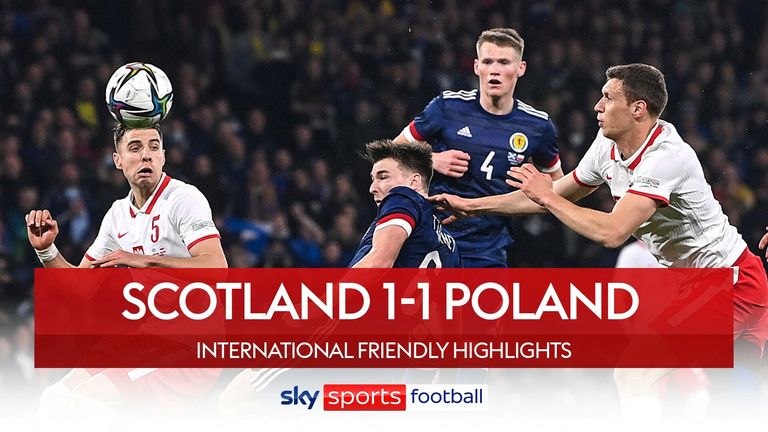 Highlights from the international friendly match between Scotland and Poland

“It is somewhere where we have been before,” said Clarke. “We know we can go there and perform.

“The Austrians obviously had a big disappointment against Wales. Looking at it, how I would be as a player or manager or coach, I would be looking at the next game to try and get the previous game out of the system. So I expect a really competitive game.

“They will want to win to get back on an even keel. Obviously, it is a game where the manager has announced it will be his last game. So they will want to get on the pitch and do the best for their country, same as our boys.”

Watch Austria vs Scotland live on Sky Sports Action on Tuesday from 7.40pm; kick-off 7.45pm. Full match highlights will also be published on the Sky Sports digital platforms and the Sky Sports Football YouTube channel at the final whistle. 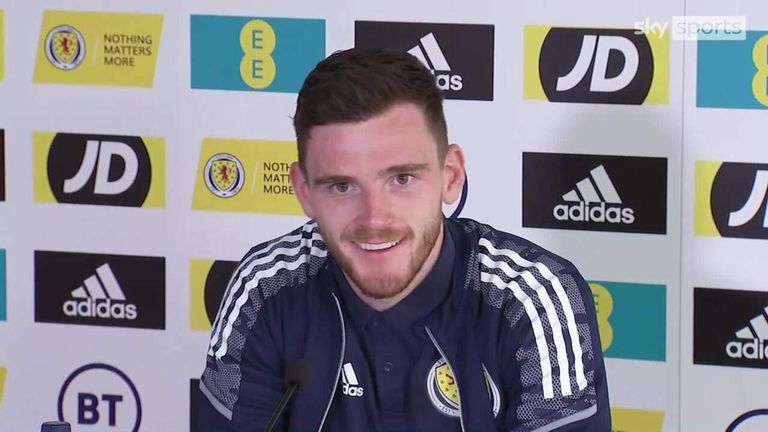