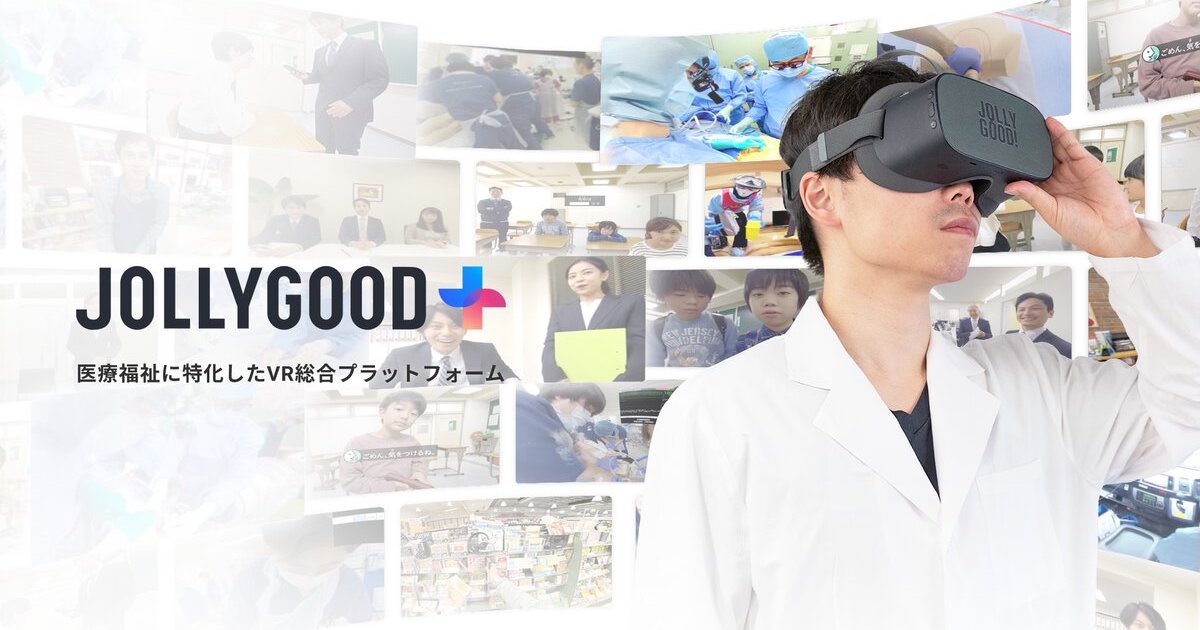 VR maker Jolly Good and Otsuka Pharmaceutical have signed an exclusive product development and sales deal to expand the use of social skill training VR in treating mental disorders in Japan.

The deal worth 5 billion yen ($43.7 million) will see Jolly Good delivering VR goggles and tablet devices and SST VR content. Otsuka will be compensating its partner for sales made at healthcare facilities, as well as pay sales-based royalties.

According to Jolly Good, the combined use of medications and SST as a psychotherapeutic method reduces the recurrence rate of mental disorders. However, there is a “serious” shortage of people with SST and other attributes necessary to provide psychosocial therapy, said Dr Ayako Kanie, a senior medical supervisor at Jolly Good. Its VR device makes up for scant healthcare training among providers while enhancing patient therapies.

“VR enables patients to practice in a nearly-real environment and will prepare them for success in real-life situations. This pursuit will pave the way to enabling anyone to acquire psychosocial skills,” Dr Kanie added.

Over 200 hospitals, clinics, and other health facilities around Japan have been using Jolly Good’s SST VR for the treatment of developmental disorders.

In other news, Jolly Good recently introduced a medical VR filming system for ambulances. Developed in partnership with Nippon Medical School Hospital Emergency & Critical Care Medicine, the device features a 360-degree VR camera installed in ambulances, enabling doctors and staff on standby in the hospital to learn about the condition of transported patients ahead of time. The company in December also announced that it is going to study the efficacy of VR-based therapy for chronic pain together with the Pain Center at the Aichi Medical University Hospital.

“In recent years, technological advancements have seen growing importance placed not just [on] medications but also on support for daily living, which includes everything from prevention to caregiving. Along with putting to use digital technologies that will go into the creation of a new business model, we will work with Jolly Good, which supports healthcare via state-of-the-art VR video technologies, to build a platform for facilitating social rehabilitation among those suffering from mental or neurological disorders,” said Otsuka President and Representative Director Makoto Inoue.