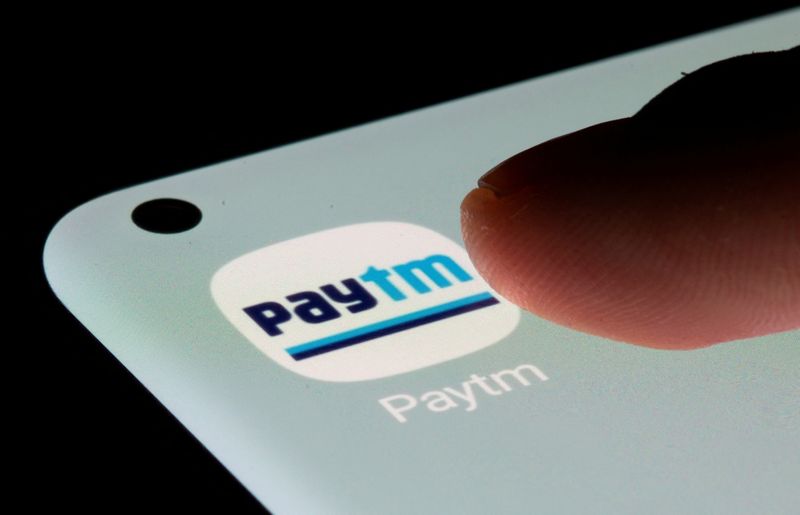 BENGALURU (Reuters) -Indian digital payments firm Paytm said on Wednesday it is aiming to be operationally profitable by September next year, seeking to allay doubts about its business model that has clouded the stock.

“We are encouraged by our business momentum, scale of monetisation and operating leverage,” founder Vijay Shekhar Sharma said in a letter to shareholders.

“We expect this to continue, and I believe we should be operating earnings before interest, taxes, depreciation, and amortization (EBITDA) breakeven in the next six quarters.”

Sharma said his stock grants would vest only when the firm’s market capitalisation crossed the IPO level on a sustained basis.

Paytm shares also suffered after the central bank last month barred its payments bank from adding customers, and ordered a comprehensive audit of its IT systems, citing “material” supervisory concerns.

The company denied last month a Bloomberg News report that said the Reserve Bank of India had found Paytm Payments Bank’s servers to be sharing information with China-based entities that indirectly own a stake in the firm.

On Wednesday, the company also said the number of monthly transacting users of its app was at its highest during the quarter with 41% annual growth to 70.9 million.