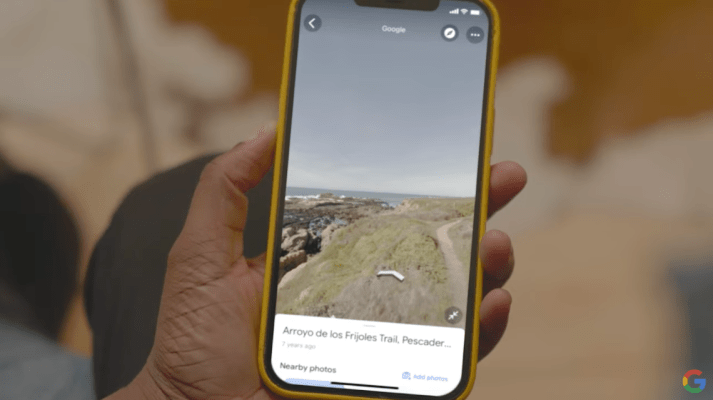 Google Maps’ Street View feature was created 15 years ago, and since then, has added more than 220 billion Street View images from over 100 countries and territories. Many of us have taken advantage of its capabilities, especially scoping out unknown locations before heading there in person. To celebrate the anniversary, the company announced upgrades today, including a feature on its iOS and Android apps that will display historical Street View imagery right on your phone. Google is also introducing a new camera that is more portable and easier to capture high-quality images in more places.

In 2014, desktop users were finally able to use Google Maps’ Street View to go back in time to see older images of their town or their house that definitely needed those new renovations. Now, the service’s iOS and Android apps will have this same ability to access a location’s historical imagery.

Mobile users can tap on the screen while in Street View mode and then select “see more dates” to see imagery going all the way back to Street View’s launch in 2007—but only in locations where that’s available and has a lot of historical Street View data. Google says that how often it scans areas for Street View depends on how frequently the area changes, how popular it is, and how difficult it is to get to.

The example Google uses in its blog is being able to watch the Vessel in New York City’s Hudson Yards be built from the ground up. Street View first launched in New York, Las Vegas, San Francisco, Denver, and Miami, so those places will have the oldest historical data. 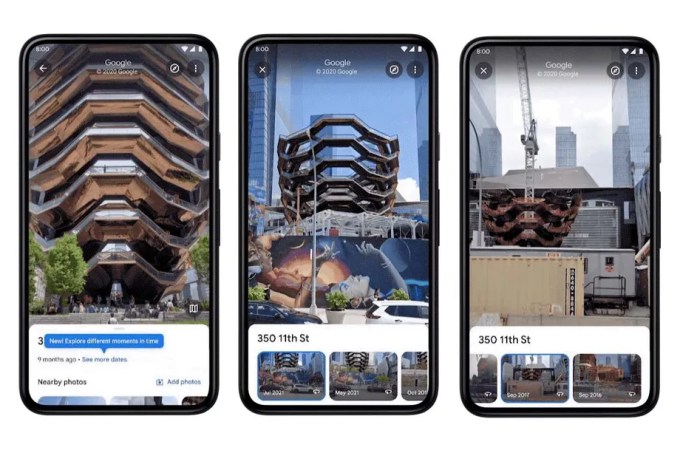 Google is also testing a newly upgraded camera system that will fully roll out in 2023. It is designed to make more frequent updates as well as be mounted to any type of vehicle, so rather than spending the extra money to transport dedicated camera-equipped cars, Google can retrofit the 15-pound device into an existing vehicle with a roof rack. This will be a lot easier to collect Street View data from under-mapped areas of the world such as the Amazon jungle. 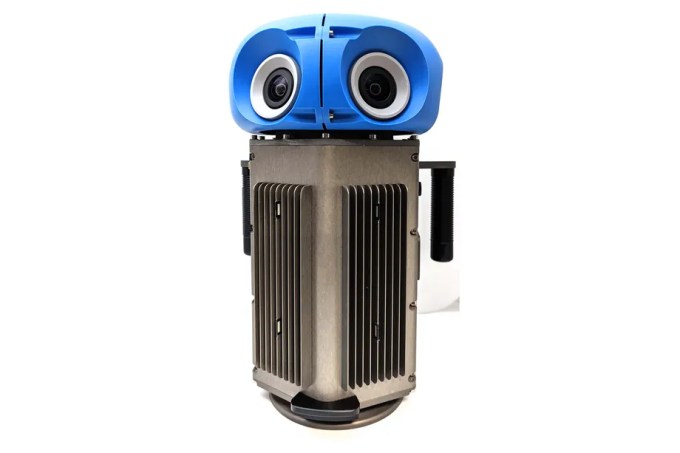 Plus, instead of creating completely new camera systems to capture certain areas like Google used to do, the new camera is customizable. For instance, there aren’t any lidar sensors built-in (laser scanners typically found in Street View cars that operate in cities), so they can be added when required, especially when it’s necessary to collect important and helpful imagery like lane markings or potholes.

Having these cameras roam the streets help Google improve its Google Maps data. Street View imagery is used to improve Google Maps, whether that’s adding newly opened businesses and improving information such as speed limits and business opening hours. According to Google, the new camera will be seen in “fun Google colors” alongside Street view cars and trekkers next year.

The Street View imagery also powers Live View, a feature where you can use your phone’s camera to see arrows, directions, and distance markers placed right on top of the real world. Launching later this year is the already announced immersive view, which combines billions of Street View and aerial images to create a digital model of places around the globe. So users can check out the inside of buildings as if they were walking around IRL.

Finally, Google is giving mobile users the opportunity to make their navigation icon a celebratory Street View car. Simply tap the chevron when you’re in driving navigation. Desktop users can pick up and drop the Pegman, who will now be dressed in a birthday hat and balloons.