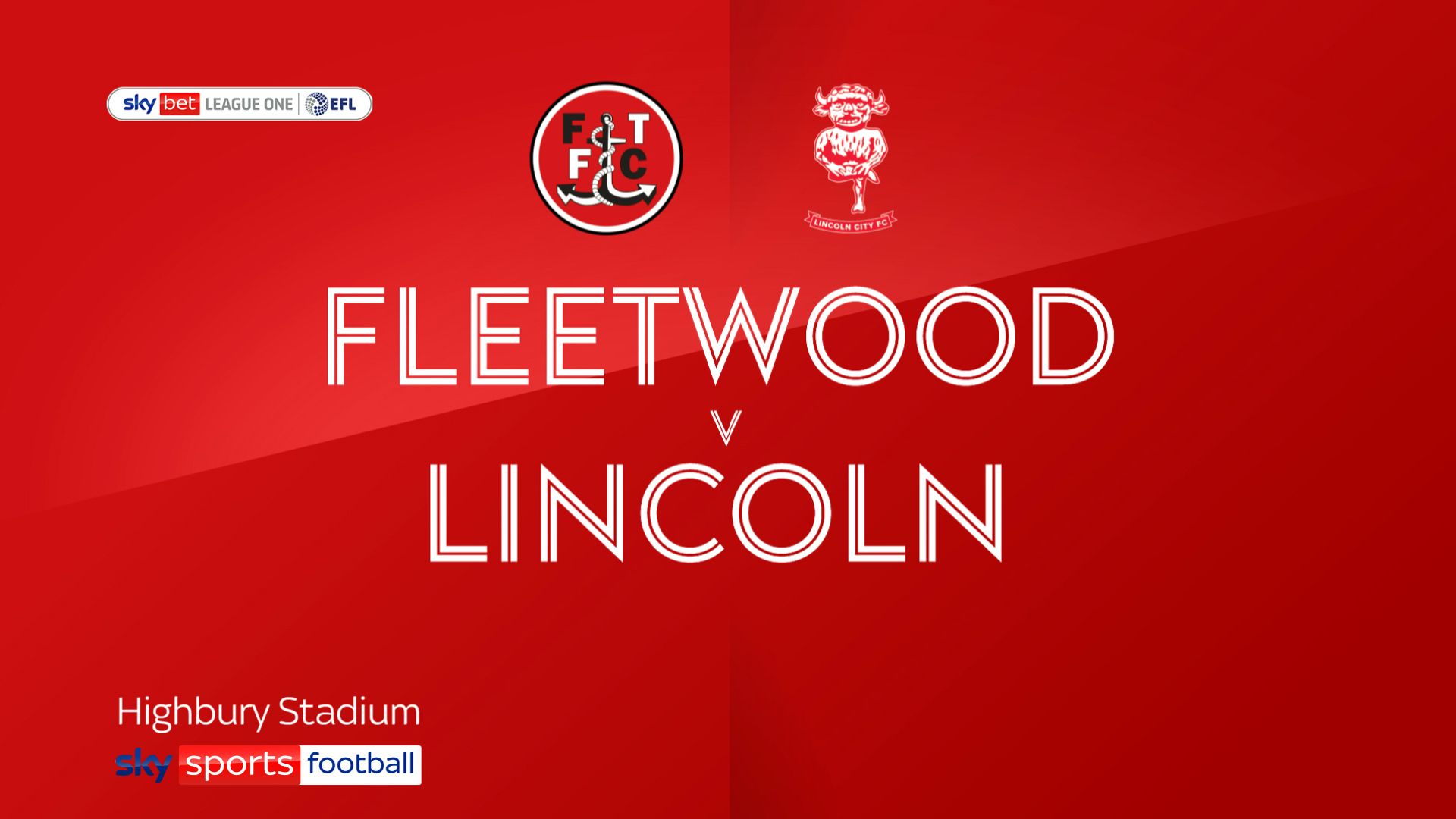 Relegation-threatened Fleetwood made it three matches unbeaten in League One with a 1-1 draw against Lincoln.

Dan Batty marked his first start for Fleetwood since February with the opening goal, producing a stunning strike from 25 yards just after the half-hour mark.

Lincoln fought back in the second half and equalised in the 64th minute when Lewis Fiorini drove a low effort past Alex Cairns after a well-worked move.

Fleetwood went closest to getting the winner when Zak Jules’ header was cleared off the line by Conor McGrandles but the home side had to settle for a point, making it five from the last nine available.

The Cod Army remain in 19th place but are now just one point clear of the relegation zone following Morecambe’s win over Oxford. They do have a game in hand on all five sides below them, however.