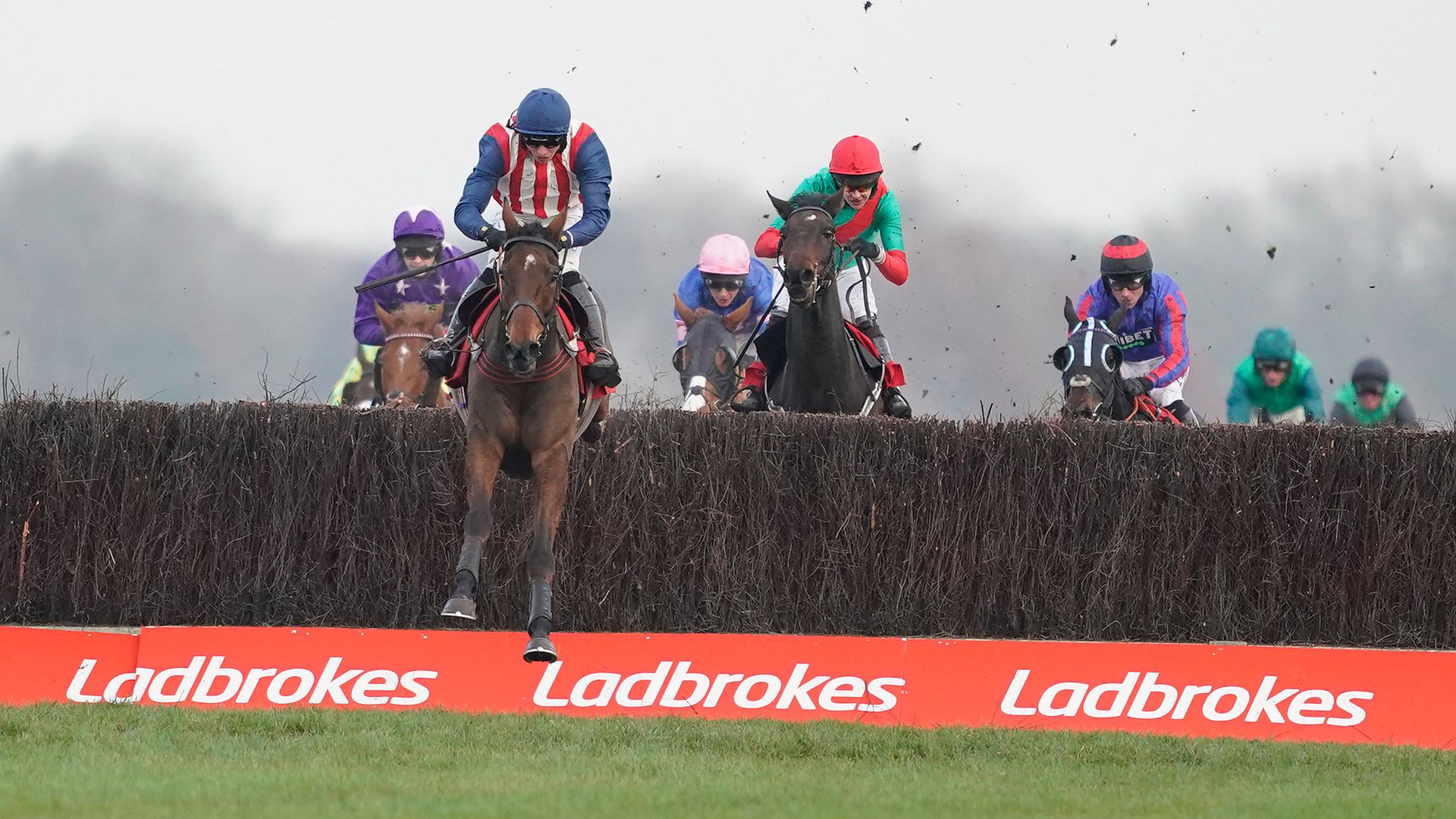 The 10-year-old won the Ladbrokes Trophy in 2019 but was limited to just one hurdles start last term after sustaining a tendon injury, eventually returning after 489 days on the sidelines at Newbury in February.

De Rasher Counter finished fourth in the Denman Chase at the Berkshire venue and Lavelle believes it was the perfect warm up ahead of realising his long-term target with a Grand National start.

She said: “He’s great, absolutely super. He’s had a great prep and he’s been away and had a nice gallop and we’ve schooled away from home with him so we couldn’t be happier.

“He had a tendon injury and the funny thing is the National has always been a race that we thought would suit him and it meant we could give him lots of time to get over the tendon injury and we did a lot of roadwork at the start of the year.

“Adam Wedge had him up and down hills at home in Wales and then he came back to us. The Denman Chase was the perfect prep run for him and that fitted the qualifications. That got him back and gave us a lovely amount of time afterwards to hopefully get him spot on for Aintree.

“It was beautiful ground at Newbury and it was our Gold Cup horses having a run against each other. De Rasher Counter travelled with them and jumped brilliantly and was still there to the back of the second last when he took a bit of a blow. That was great and then Tom (Bellamy) looked after him after that. He finished fourth and we were delighted with him.

“He’s on the same mark that he was on when he won a Ladbrokes Trophy with 149. Every horse has got to take to the fences and get some luck in-running, but we’d be very happy with how everything has gone to this point. He’s got as good a chance as any really.”

Lavelle also has Classic Chase winner Eclair Surf entered, with his form having been given another boost on Saturday when Win My Wings, who beat him just under two lengths in the Eider Chase, bolted up in the Scottish National.

She added: “He’s eight years old so there’s no doubt that he definitely has time on his side as far as the Grand National is concerned. What it does show you though is how tough it is to even get a run in the race, as he’s rated 143.

“With that in mind, you sort of feel that if we do get in we’ll take our chance and if we don’t then hopefully we’ll have a crack next year.”

Harry Cobden’s intended National mount Highland Hunter was ruled out by Paul Nicholls in the week, leaving him to team up with the Colin Tizzard-trained Lostintranslation.

The 10-year-old won the Grade One Betfair Chase in 2019 before finishing a close-up third in the Cheltenham Gold Cup the following spring, but he failed to sparkle at all last term and after winning at Ascot on his reappearance back in November, he has seemingly lost his way again since.

Cobden was impressed with a recent schooling session over National-style fences earlier in the week and is hoping Lostintranslation can recapture something like his best form on Merseyside.

He said: “It is a shame that Highland Hunter got his injury as I thought he would have had a good chance. He stays and jumps well and I thought he had a nice weight as well.

“Lostintranslation has had a few problems in the past, but if you look back he has often come good later on in the season. He has won a Grade One at Aintree before as a novice chaser and I think he is more of a spring horse.

“On his day he is high class and there are plenty of others in there I would put behind him if I was going to get a spare ride in the race.

“I thought he ran OK at Cheltenham last time (eighth in the Ultima Handicap Chase). He probably didn’t run quite to his best but he had plenty of weight in that race. Joe (Tizzard, son and assistant trainer) seems to think he has improved since then so fingers crossed he has.

“We went down to David Pipe’s on Wednesday and gave him a little school over the Aintree-style fences. He jumped those nicely which was ideal so I’m looking forward to it now.”