Dollar edges higher ahead of payrolls, resumes climb versus yen By Reuters 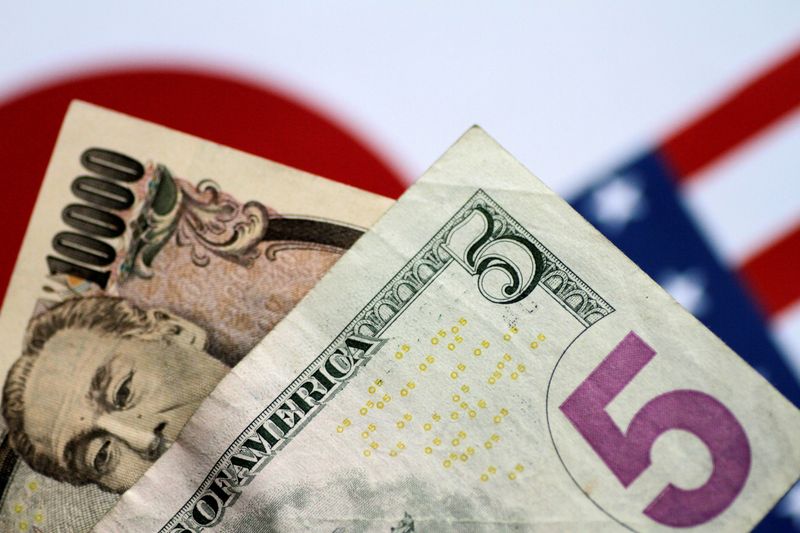 TOKYO (Reuters) – The dollar extended a rebound versus major peers on Friday, also resuming its rally against the yen, ahead of a key U.S. jobs report that could cement the potential for a 50 basis-point Federal Reserve interest rate hike next month.

The U.S. currency also garnered support due to its status as a preeminent safe haven, with peace talks between Russia and Ukraine stumbling, though they are set to resume later on Friday.

Mid-week, it sank to a four-week trough of 97.681 amid a month-long consolidation that followed a breathless climb to a more than nine-month high at 99.415.

The Federal Open Market Committee (FOMC) will next decide policy on May 5, with CME Group’s (NASDAQ:) FedWatch tool showing 71% odds of a half-point rate increase.

Economists predict Friday’s Labor Department report will show that close to half a million U.S. jobs were added last month, with the unemployment rate ticking lower while wage growth accelerated.

The dollar index “has underwhelmed lately but showed some backbone overnight (and) upside potential remains in scope amid ongoing waves of fiercely hawkish Fedspeak and an aggressive frontloaded profile that includes almost 100 bps in hikes over the FOMC’s next two meetings,” Westpac strategists wrote in a client note.

They predicted a break above 100 for the dollar index “in coming weeks”.

The second of the two FOMC meetings will be held on June 14-15.

The dollar rose 0.41% to 122.18 yen, its first gain in four days as the currency pair tracked moves in long-term U.S. Treasury yields. It is little changed this week, after a three-week 6.5% surge.

“The case for going much higher is still compelling as the Fed’s rate hikes will revolutionise the hedging arithmetic for JPY-based investors and sensitivity to hedging costs is rising,” RBC Capital Markets strategists wrote in a note.

“Little of this flow is likely to have happened yet and the rally in March has been driven largely by investors outside Japan anticipating domestic JPY selling,” they wrote. “If positioning cleans up, we will revert to buying dips in USD/JPY.”

The risk-sensitive, commodity-linked Australian dollar was flat at $0.74825, down 0.45% this week after starting the period by touching a nearly five-month peak of $0.7540.