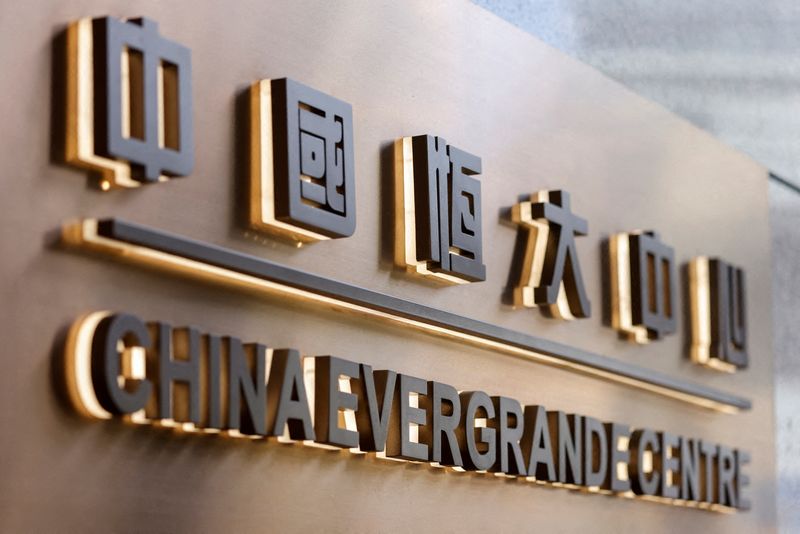 (Reuters) -China Evergrande Group said on Wednesday it will sell its Crystal City Project in the eastern city of Hangzhou for 3.66 billion yuan ($575 million) to two state-owned firms as the group’s liquidity issues dampen the progress of its projects.

The firm is selling the land-use and building ownership rights for the project, which is under construction, to Zhejiang Zhejian Real Estate Group and Zhejiang Construction Engineering Group, Evergrande said in a filing.

It will use the proceeds to repay construction fees of 920.7 million yuan owed to Zhejiang Construction Engineering and the rest for its own general working capital. The deal is expected to post a gain of about 216 million yuan.

Saddled with over $300 billion in liabilities, Evergrande has been struggling to repay suppliers, creditors and complete projects. State-owned enterprises have stepped in to help with the debt restructuring process and taken over some of its assets to quell market concerns about a disorderly collapse.

In a separate filing late on Tuesday, Evergrande said it had set up an independent committee to investigate how banks seized 13.4 billion yuan in deposits of its property services arm, Evergrande Property Services Group, that had been pledged as security for third party guarantees.

Preliminary investigation has found the pledge of the relevant deposits and the enforcement by banks took place in 2021, Evergrande said.

Shares of its unit China Evergrande New Energy Vehicle Group resumed trading on Wednesday and plunged up to 14.5%.

They have been suspended since last Monday pending news of the enforcement. But trading will be halted again on Friday per listing rules as the firm will not be able to publish its 2021 financial results by March 31.

Shares of Evergrande and Evergrande Property Services have both been suspended since last Monday.