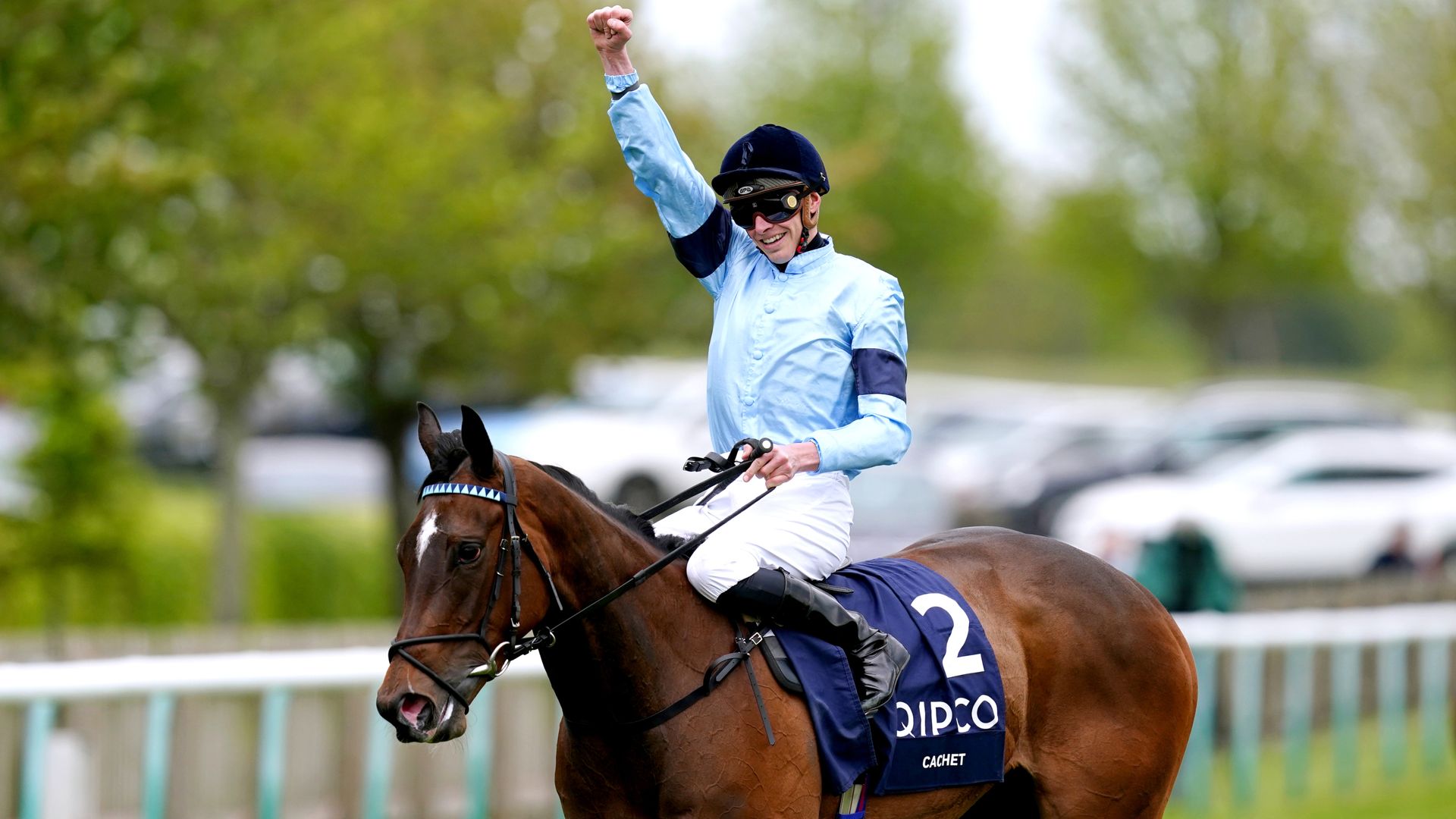 Harry Herbert reports 1000 Guineas heroine Cachet firmly on course for a mouth-watering clash with Homeless Songs in the Coronation Stakes at Royal Ascot next month.

Following an impressive return to action in the Nell Gwyn Stakes at Newmarket, Cachet returned to the Rowley Mile to provide owners Highclere Thoroughbred Racing and trainer George Boughey with a first British Classic success in early May.

She came within a head of doubling up in the French equivalent a fortnight later and is now being prepared for the Royal meeting, where she looks set to meet the Dermot Weld-trained Homeless Songs, who routed the opposition in the Irish 1,000 Guineas at the Curragh on Sunday.

“We’ll have our work cut out in the Coronation, but Cachet has had the most wonderful season so far, she’s very tough and has bounced out of France as well as she’s bounced out of any of her races.

“George couldn’t be happier with her. She cantered back for the first time this morning after a nice little break and looks terrific.

“What a dream filly she is and all roads lead to the Coronation at this stage.”

While respectful of the threat posed by Homeless Songs, Herbert is relishing the challenge.

He added: “It looks a fabulous race and we’re looking forward to it – this is what it’s all about.

“We’ll take on the best around and see how we go. It’s not gone badly so far!”