Nottingham Forest kept themselves in the hunt for a top-six finish with an emphatic 4-1 win over Blackpool at Bloomfield Road.

Philip Zinckernagel got the Reds – who had won three of their last four games in all competitions – up and running with a deflected opener, before two clinical finishes from Brennan Johnson put them in total control at the break.

Sam Surridge came off the bench to crash in a fourth inside the final 10 minutes, but Callum Connolly pulled a consolation back to ensure Steve Cooper’s men did not leave with a clean sheet.

Forest move up to fifth in the Sky Bet Championship table ahead of the remainder of Saturday’s fixtures, with Blackpool still 13th and nine points outside the top six with eight games left to play.

How Forest turned on the style in Lancashire

From the outset, there was a promising tempo to proceedings and, with the first real opening, Forest nudged in front when Johnson shirked two defenders, exchanged passes with Ryan Yates and squared for the Dane, whose shot took a wicked deflection off Kevin Stewart and looped over the helpless Dan Grimshaw. 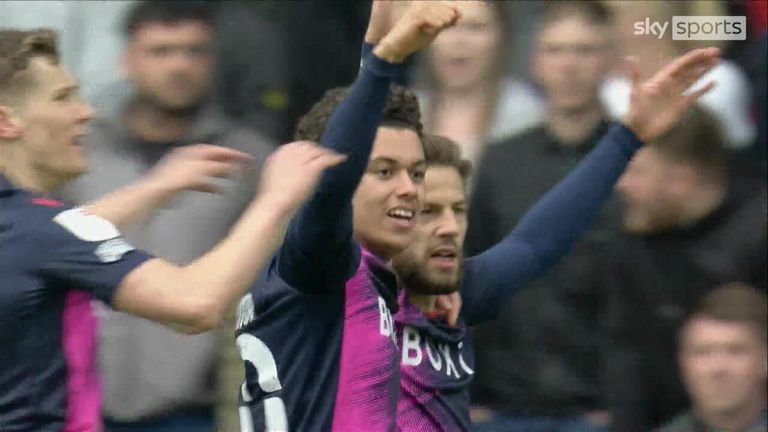 An unchallenged square ball and a tame header from Gary Madine was the sum of Blackpool’s response, before Johnson doubled the lead when he collected a lay-off from Zinckernagel, after smart work from Djed Spence, and clinically finished first time.

With less than 40 minutes gone, it was 3-0. Grimshaw inadvertently played the ball straight to Johnson, who glided past Jordan Thorniley and lifted a brilliant controlled finish into the back of the net. 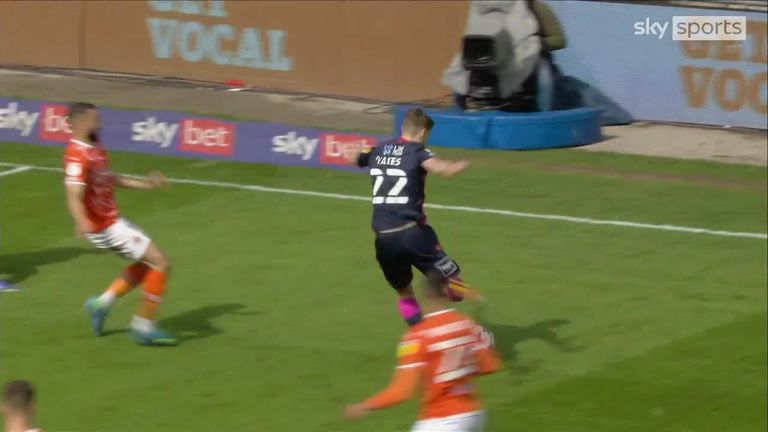 Blackpool were denied a penalty when Jerry Yates was manhandled by Scott McKenna in the box, and then refreshed their attack – bringing on Keshi Anderson and Shayne Lavery – in an attempt to limit the damage their opponents could inflict. 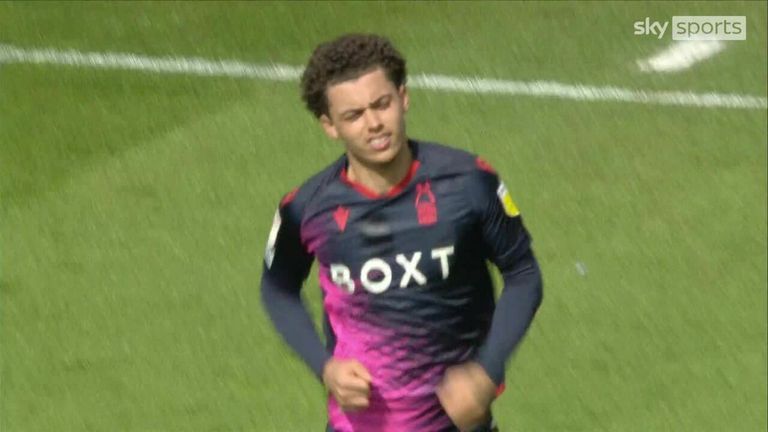 Brennan Johnson took full advantage of goalkeeper Daniel Grimshaw’s mistake as he bagged his second goal of the game to put Nottingham Forest in total command.

But it was game over with 82 minutes on the clock, when an inch-perfect ball from McKenna found Surridge, who took a touch and slammed in a fourth for the visitors. 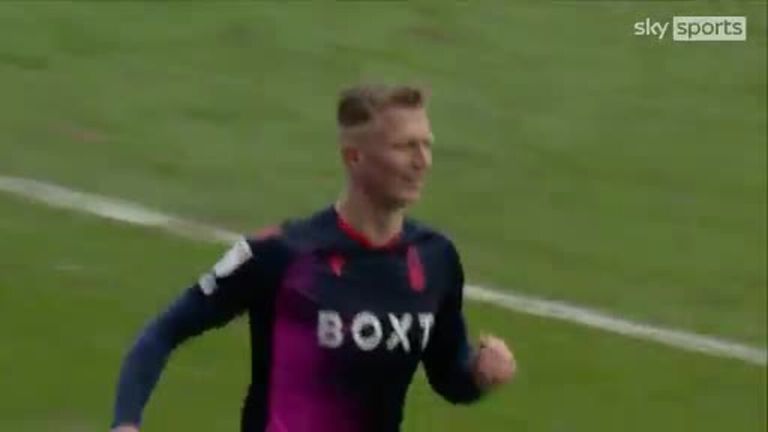 There was time for a late consolation, though, with Callum Connolly showing superb composure to fire past Brice Samba and into the bottom right corner of the net.

Man of the match – Brennan Johnson

“It was all to do with that dynamic first-half performance. He scored with a couple of outstanding finishes and was brilliant with or without the ball. He has been sensational all season and could be pivotal to what happens at the end of it.”

Blackpool are back in action at 7.45pm on Tuesday April 5, when they travel to Deepdale to face local rivals Preston, live on Sky Sports Football. Meanwhile, Nottingham Forest return at 7.45pm on Wednesday April 6, when they host Coventry at the City Ground.