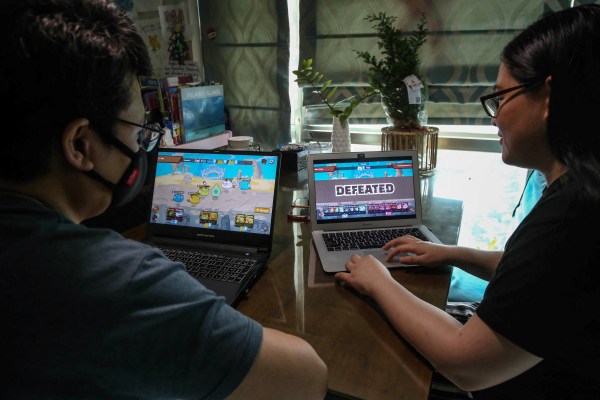 Vietnamese gaming studio Sky Mavis announced that it has raised $150 million in funding led by crypto exchange Binance to help reimburse users who lost funds during a ~$625 million hack of its play-to-earn game Axie Infinity, which was the largest crypto heist to date. Animoca Brands, a16z, Dialectic, Paradigm and Accel, also participated in the raise, according to Sky Mavis.

The new funds will be combined with cash from Sky Mavis’ balance sheet to reimburse all users who lost money in the attack on Ronin, an Ethereum-based sidechain supporting the game. The company plans to reopen the Ronin bridge after a security upgrade and audits, which it says could take several weeks. In the meantime, Binance is providing liquidity for Ronin users by allowing them to withdraw and deposit ETH freely.

Binance is one of the only major crypto exchanges that directly integrates with the Ronin network and allows users to move funds from its platform to a Ronin wallet address. Today’s announcement appears to mark the first time Binance has invested directly in Sky Mavis.

Sky Mavis also addressed the cause of the attack in its announcement, attributing the breach to the “small validator set which made it much easier to compromise the network.” The hacker was able to obtain five of the nine keys used to validate the network, enough to enable them to withdraw tokens from the Ronin bridge into an external wallet. The company said it plans to increase the validator group from five to 21 validators in the next three months to safeguard against future risks.

The company generated $1.3 billion in revenue in the 12 months through February, and Axie Infinity itself has a “community treasury” worth $1.6 billion, Bloomberg reported last week. In the hack, 56,000 ETH tokens (worth around $185,000,000 USD at today’s prices) from the treasury were compromised — funds Sky Mavis say will remain uncollateralized as the company works with law enforcement to recover them. The Axie community would have needed to host a vote to approve liquidating any of the treasury funds to reimburse users, which could explain why Sky Mavis chose to raise external cash and use its own balance sheet instead.

It’s incredibly difficult for funds to be recovered after a crypto hack, let alone returned to users directly. The majority of the funds are still in the hacker’s wallet, though the hacker appeared to move some 2,000 ETH out of the wallet to privacy tool Tornado Cash, which allows users to mask their wallet address while withdrawing funds.

Axie Infinity has 2.2 million monthly active players, and according to the company, is the most-played NFT game of all time. Sky Mavis last raised a $152 million Series B in October 2021, led by a16z alongside other venture firms including Paradigm and Accel, all three of which participated in today’s fundraise.