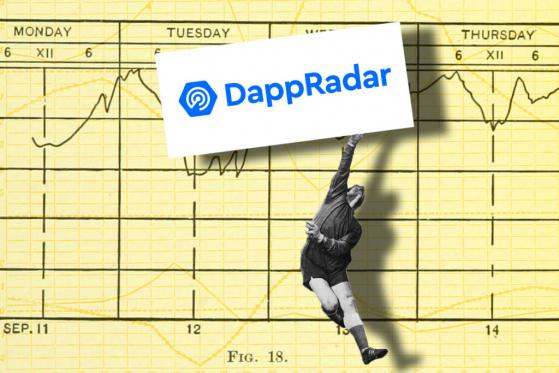 Leading decentralized applications store DappRadar today issued its Q1 2022 Dapp Industry Report, citing relative stability for the blockchain space. Despite a bearish crypto market and at least $1.19 billion taken in hacks and exploits in the first three months of 2022, an average of 2.4 million unique active wallets interacted with dapps daily. Blockchain usage remained stable, losing only 5.8% against Q4, 2021 but gaining 396% from Q1, 2021.

Ronin and the Wormhole bridge were the two worst affected by security issues regarding token bridges. Ronin was hit for more than $600 million in March, while Wormhole saw more than $300 million drained in February, accounting for more than 80% of the total $1.19 billion in Q1. Vitalik Buterin highlighted the technical limitations of bridges at the start of this year and is now questioning whether an interoperable multichain future is correct given the exploits in Q1.

Gaming dapps emerged, once again, as the pace-setting segment, accounting for more than 1.2 million, or 50.5% of daily active users in Q1 and representing a 5.8% decrease from Q4 2021. NFTs, while cooling, are certainly not going anywhere despite calls for a burst bubble. They generated $12 billion in trades in Q1, excluding suspicious activity on NFT marketplace LooksRare, while the number of sales and unique traders is on the rise. The creators of the Bored Ape Yacht Club NFT collection, Yuga Labs, acquired the IP of CryptoPunks and Meebits, two of the most relevant NFT collections previously owned by Larva Labs. The move established Yuga Labs as one of the most dominant brands in Web3, as they now represent 44% of Ethereum’s Top 100 NFT collections market cap.

“The industry is under a significant stress test and, so far, is handling things well and showing the true potential of cryptocurrencies and dapps. Leading gaming projects solidified their positions while DeFi embraced gamification to appeal to a broader audience. NFT collectors have become savvier and seek actual utility as projects look to deliver on promises made and new projects keep emerging. This period feels reminiscent of the post-2017 ICO phase. Now it’s time to see who’s in for the long haul.” commented Modesta Masoit, Head of Finance and Research at DappRadar.
No other category felt the downward trend more than DeFi. The industry’s Total Value Locked (TVL) and the number of UAW connected to DeFi dapps took a hit along with the price of cryptocurrencies. At the end of March, the DeFi industry’s TVL was estimated at $214 billion, 8.4% lower than December 2021. Even though TVL and usage metrics are decreasing from the previous quarter, the industry appears to be consolidating and evolving to broaden its appeal. established itself as the second network in terms of TVL behind , with $23 billion locked at the end of March, increasing by 68% from Q4, 2021.

From the macroeconomic perspective, the sanctions imposed on Russia negatively impacted the markets, including the crypto sector, although recovery is in process regarding token prices, and confidence is returning. At the same time, the positive social impact of Web3 was on display when UkraineDAO and other types of organizations raised millions to alleviate the humanitarian crisis in the eastern European country.